The Road Ahead: Presidential Candidates to Discuss Views for the Future of Infrastructure

The Road Ahead: Presidential Candidates to Discuss Views for the Future of Infrastructure

Each day, millions of Americans sit idle in traffic congestion–losing precious time with family, friends, or at work. Others wait longer for trains, jamming into overcrowded buses, and often find themselves delayed at airports. Some communities are struggling because of aging energy, water, and wastewater infrastructure–things needed to sustain life. While improvements have been made, think Flint, Michigan, there’s more work to be done there and nationwide.

That’s why at Autodesk, we feel compelled to enable a national conversation about the future of infrastructure. And we’re doing so via a sponsorship of United for Infrastructure’s (UFI) ‘A Presidential Candidates Forum on Infrastructure, Jobs and the Economy’.  UFI (formerly known as InfrastructureWeek.org) is a non-partisan, not-for-profit organization advocating for investment and innovation in our nation’s infrastructure. The discussion will take place at the University of Nevada, Las Vegas on Feb. 16, 2020 from 2–5 p.m. PST and will be streamed live by C-SPAN. The Forum will be moderated by Jerry Seib, Executive Washington Editor of The Wall Street Journal, and Jeanne Cummings, Deputy Washington Bureau Chief of The Wall Street Journal.

With 65 million more Americans expected to call the United States home by 2050, the status quo simply won’t work. The demand on our infrastructure will only increase and we need to have a realistic conversation about how we will move people and goods and sustain life with reliable and safe water and energy resources.

Now, to be sure, Autodesk does not endorse candidates for office at any level of government or in any geography, nor we do we support any political parties. Our involvement, along with other corporate sponsors, is the enablement of the discussion – and we hope the candidates will share their views on the long-term needs of our infrastructure and how they propose to address them – in a bipartisan manner.

Traditionally, infrastructure is one of the issues for which elected officials see eye-to-eye on, across the proverbial aisle.

Captured by NPR during her confirmation hearing in 2017, President Trump’s then-nominee for Transportation Secretary Elaine Chao demonstrated her understanding of the challenges ahead and the critical nature of reliable, safe, and modern infrastructure, and the need to keep pace with emerging technology. Chao recognized our nation “is jeopardized by infrastructure in need of repair, the specter of rising highway fatalities, growing congestion and by a failure to keep pace with emerging technologies.” Secretary Chao was confirmed by the Senate by an almost unanimous vote.

Former-U.S. Transportation Secretary Ray LaHood, a Republican who served as the first Transportation Secretary in President Obama’s Cabinet, has spent decades trumpeting bipartisanship on this issue everywhere he goes, including a recent Axios discussion about infrastructure during which he stated, “There are no Republican roads. There are no Republican bridges. There are no Democratic roads or Democratic bridges. Infrastructure has always been bipartisan.” Secretary LaHood is right, and his message must be heard.

Former U.S. Transportation Secretary Anthony Foxx, a Democrat who succeeded Secretary LaHood, called a reliable and safe transportation “a ladder to opportunity.” Foxx is right, but right now, we seem to be missing a few rungs.

To be sure, our economy relies on our infrastructure to bring goods to stores, deliver packages to our homes, and get people to work. Back in 2014, Secretary Foxx brought this point to life when he spent a day with New Jersey-resident Jay Valentin, a driver for UPS.

Valentin said this, “The traffic is stressful. In the morning, we sometimes leave the hub later because the trucks haven’t been loaded yet. Then, after you finally leave, you hit the traffic. Now, you can’t service your Next Day Airs in time for the deadline; I really can’t take a deep breath until I deliver the last NDA package.”

Now, here’s a little ‘did you know’: if every UPS truck was stuck in five minutes of traffic, it would cost the company $100 million, according to Secretary Foxx’s article. Again, this is from 2014.  Do you think the problem has gotten worse or better? Consider that rhetorical.

My take: A slow transportation network means a slow economy; we must keep both moving.

The opportunity for better infrastructure

Autodesk design, engineering and construction technology is used on every continent around the world to reduce risk, improve safety and increase productivity. We are working with the best and brightest in the industry to better prepare us for the future. For example, in 2019 Virgin Hyperloop One and Autodesk announced a strategic relationship. The purpose of the alliance is to explore new opportunities to extend the value of Building Information Modeling (BIM), route optimization, and improved digital engineering and construction workflows for all modes of transportation.

Autodesk Construction Cloud technology is already being leveraged by civil firms: PlanGrid is a tool required by the Tennessee Department of Transportation for all civil infrastructure projects, while companies with robust infrastructure practices such as AECOM are among the hundreds that use the Autodesk Construction Cloud. Thousands of firms also use Autodesk’s design and engineering technologies, including the cloud-connected collaboration tool BIM 360 Design, Civil 3D, Infraworks, Revit, and many others. 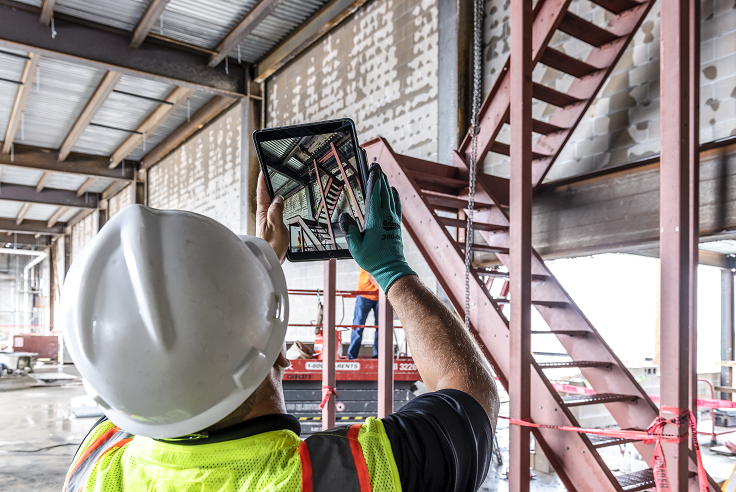 With a mobile first approach, Autodesk Construction Cloud connects teams and information from the field to the trailer and to the back office.

End of the road: A final thought

For five years, I had the pleasure – the honor really – of serving as an appointee in the Obama Administration, and more specifically, for both Transportation Secretaries Ray LaHood (the Republican) and Anthony Foxx (the Democrat). Prior to that, I worked for a Member of Congress serving on the House of Representative’s Transportation and Infrastructure Committee. Why do I offer my curriculum vitae? Not to boast or encourage job offers, but rather to serve as a witness to the fact that there are elected officials who care deeply about the future of our infrastructure and the future of the American people so passionately that the lack of progress on the big ‘stuff’ is frustrating to them – and they know it is frustrating to each and every one of us.

We need a long-term plan – not a short-term plan for today or the next five years, but for the next 30 – 40 years. The horizon is far too short, we need to think even farther.

I leave you with this: we have a choice – we can either be overwhelmed by the challenges ahead, or we can overcome them by thinking boldly and working together. Together. We just need ideas, conversation and action from wherever it comes.