Five years ago, I joined Autodesk to lead a new initiative to apply open source best practices within the company. Having spent the better part of my career promoting the value of open source as a building block to progress, it was an exciting opportunity to help our now 37-year-old software company modernize its practices and use open source to develop new tools that fundamentally change how we design and make everything from Hollywood blockbusters to buildings, cars, machines and more. Open source’s inherent business value and growing influence on software development has also made it a central focus for several industries, especially media and entertainment (M&E). 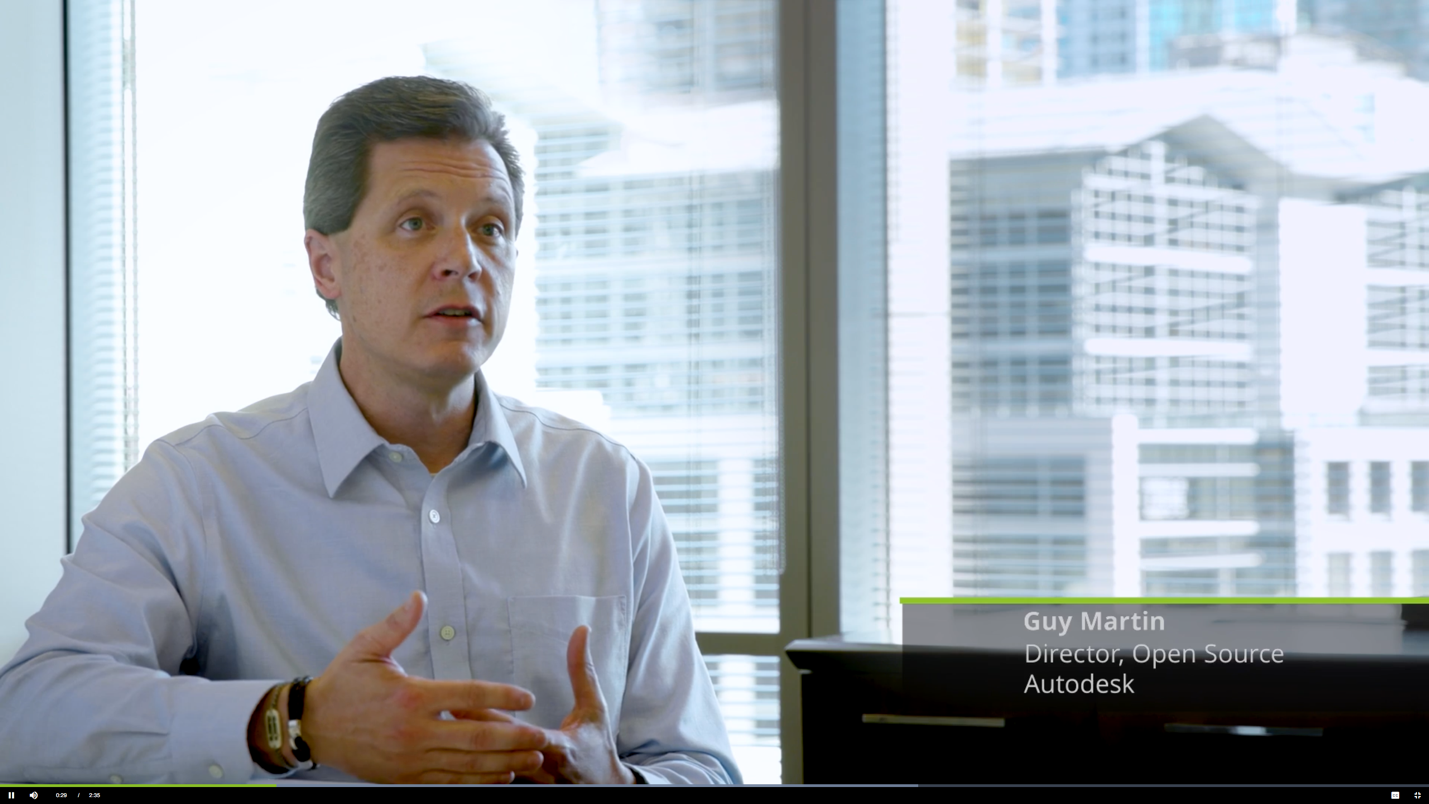 It’s no secret that open source underpins nearly all modern technology, from mobile devices, websites and high-speed trains to supercomputers, artificial intelligence and more. From a business standpoint, we believe that releasing non-strategic source code for public use just makes sense. It simplifies and improves collaboration between software developers and their customers and accelerates the rate of technological innovation.

Fueled in part by the growing influence of Netflix, Amazon and Hulu on Hollywood, a growing consumer appetite for content has prompted players from all walks of the industry to look to innovate in an effort to accelerate production workflows. It’s given way to new processes and technology that are streamlining and reimagining content creation, proving that there’s a place for shared resources in almost any industry.

As seen with M&E, development communities built around specific market sectors all stand to benefit from a healthy open source ecosystem.

Even today’s most cutting-edge technology will be outdated within a few years. For developers in media and entertainment and across any vertical for that matter, this means always needing to be one step ahead. One of the reasons why we embrace open source is that shared resources drive more rapid innovation for industries overall. Instead of starting from square one, we can use open source code as a backbone for commoditized solutions and dedicate engineering resources to refining our own signature value-add features.

For an open source community to work successfully, however, we must give back in addition to successfully consuming open source. While some might be reluctant to expose their secret sauce, releasing source code has its advantages. It brings companies closer to the decision-making process of how open source standards are developed, which can positively influence product development down the line. Not to mention, if and when a development team needs to shift focus, there’s an established community of partners and competitors to maintain that given standard. From an engineering cost benefit analysis, there’s no denying the ROI.

Contributing to existing open source standards also helps Autodesk better support our customers, who often have workflow requirements that depend on the ability to manipulate digital assets in software products from more than one manufacturer whose tools may not support identical file formats. Open source solutions can also quickly fill in pipeline gaps when a customer encounters challenges.

While strategic intellectual property forms the backbone of the software industry, there is also a place for open source once a technology that may have been considered strategic becomes ubiquitous.  Having competitors and partners contributing to one standard means consistent progress. If everyone who relies on that standard contributes resources to strengthen that code, there’s a lot less commitment required from individual engineering departments, making the investment even more worthwhile. Autodesk contributed the once proprietary ‘SynColor’ technology from Maya and 3ds Max to the newest version of OpenColorIO, a color management solution standard for motion picture production. 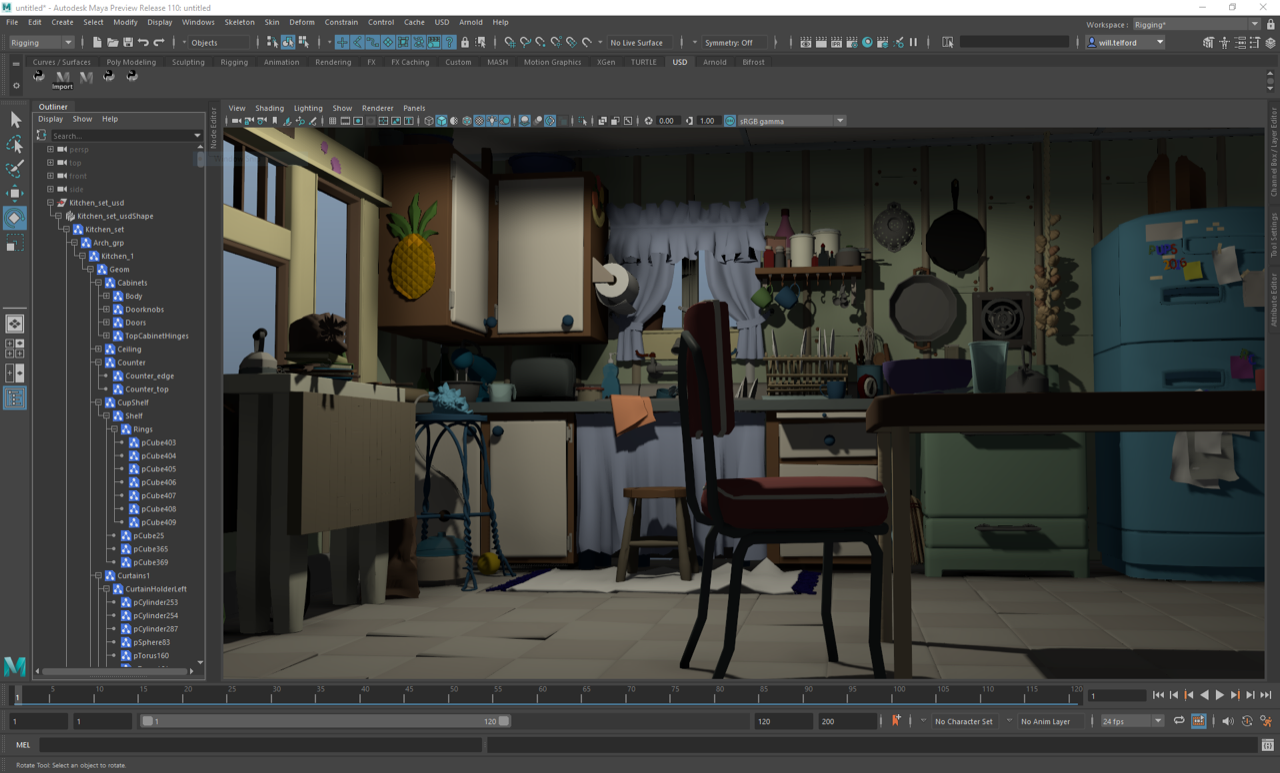 While Pixar is well known for proprietary tools in their pipeline, they use Maya to produce assets for assembly and layout workflows. They created a USD plugin for Maya which was included with USD when they graciously open-sourced the project.

For all the benefits that open source offers, it’s given rise to healthy communities committed to developing projects and standards that span a wide range of industries, such as Kubernetes, OpenTracing, MaterialX, Universal Scene Description (USD) and beyond. Each community is typically led by a governing body such as the Academy Software Foundation or the Khronos Group, consortiums of  hardware and software companies in media and entertainment dedicated to the creation of advanced, royalty-free, acceleration standards for 3D graphics, Augmented and Virtual Reality, and vision and machine learning. 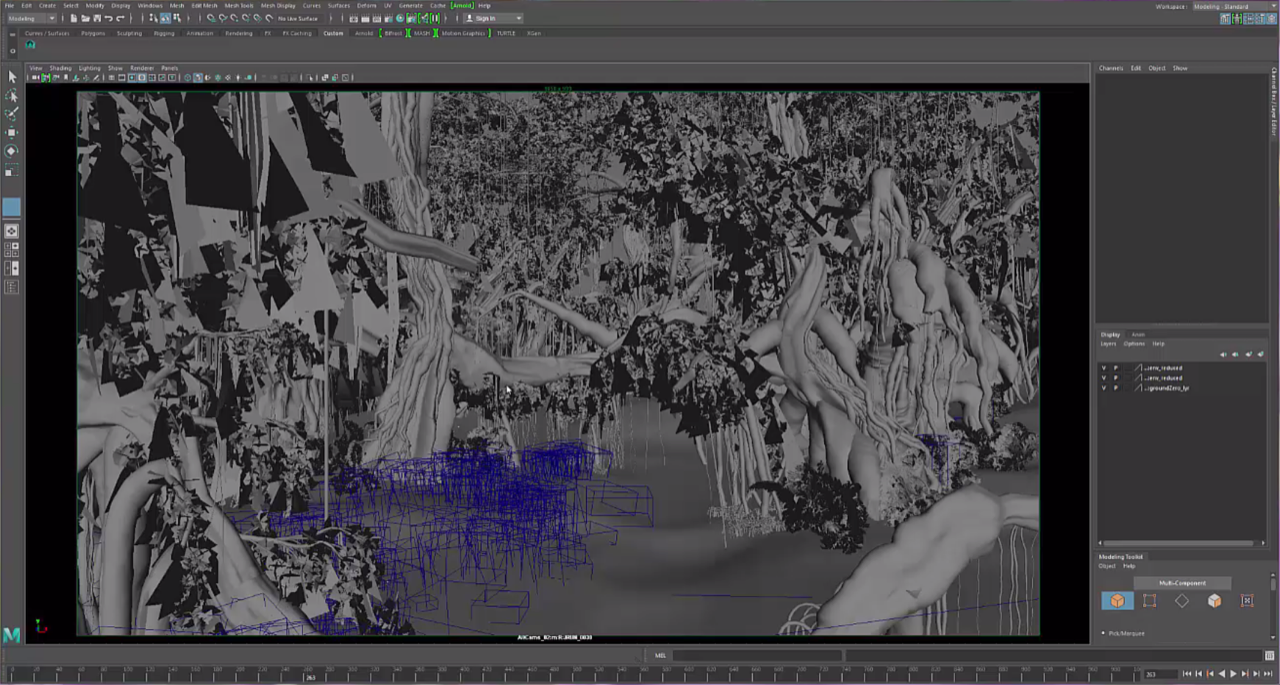 Autodesk is focusing its initial USD work on assembly and layout workflows as they touch on many of the fundamental processes in Maya.

The story behind the founding of the Academy Software Foundation (ASWF) speaks directly to the need for open source in M&E and other markets as well. Sony’s OpenColorIO (OCIO), was widely used throughout the M&E industry when the company moved away from active development and shifted its focus to other areas. Given the industry’s reliance on OCIO, the code needed to evolve, and ASWF was formed to address this need. Autodesk was a founding member of this diverse mix of companies to contribute to code bases for OCIO, and eventually OpenVDB, OpenEXR, USD, MaterialX and many more.

While open source projects exist in every sector, demand is high in Hollywood as animation and visual effects studios increasingly depend on it to collaborate across studios and toolsets. The high cost of VFX creation, globalization and tax incentive work that moves film and TV projects around the world has also played a role in its growth in the space. By standardizing their technology pipelines and workflows, creative studios and VFX facilities are able to share—and even collaborate on—assets and shots quickly and easily.

Another reason for the widespread adoption of open source that we’ve seen in Media & Entertainment is that many studios and creative shops are already well-accustomed to developing in-house tools on the fly. The advantages of being able to seamlessly share and improve upon these tools on an ongoing basis has become readily apparent to companies of all sizes working on all sides of the equation.

These kinds of initiatives also allow organizations to recruit and retain the best engineers who want their work to have a broader and more meaningful impact on the industry. Companies that sign up to support an open source initiative make both financial and engineering commitments to build common core technology that will benefit the evolution of the industry overall.  Our recent collaboration with Pixar, Animal Logic, and Luma Pictures in developing a USD plugin for Maya is a great example of this. Through our work with ASWF we were able to bring different versions of the USD support plugin for Maya that had been developed at Pixar, Animal Logic and Luma Pictures respectively, to start to converge toward a single supported version which is a testament to the value that the teams saw in coming to a single solution supported by multiple stakeholders.

OpenTimelineIO used on “Coco” for transitions and linking media to the latest renders. Image courtesy of Pixar Animation Studios. © Disney/Pixar

The [Open] Road Ahead

While technology developers and creative companies across M&E may be going all-in on open source, other industries are just beginning to wake up to its enormous potential. From manufacturing to design, construction and beyond, open source could not only be the key to solving industry-wide issues, but some of the biggest challenges our planet faces today i.e. pollution, waste, energy production, climate change etc. As a company, we’re determined to provide the tools that will allow our customers to make a better world, and we understand how gargantuan these challenges can feel. An open source approach is a good reminder that we’re all in this together. Enabling other industries to bring existing talent pools together to envision new technology at a more rapid rate, open source greatly expands what’s possible in terms of innovation. As Hollywood has already shown us, the road ahead is wide open, and as other industries follow in its footsteps, the future of open source is looking up.