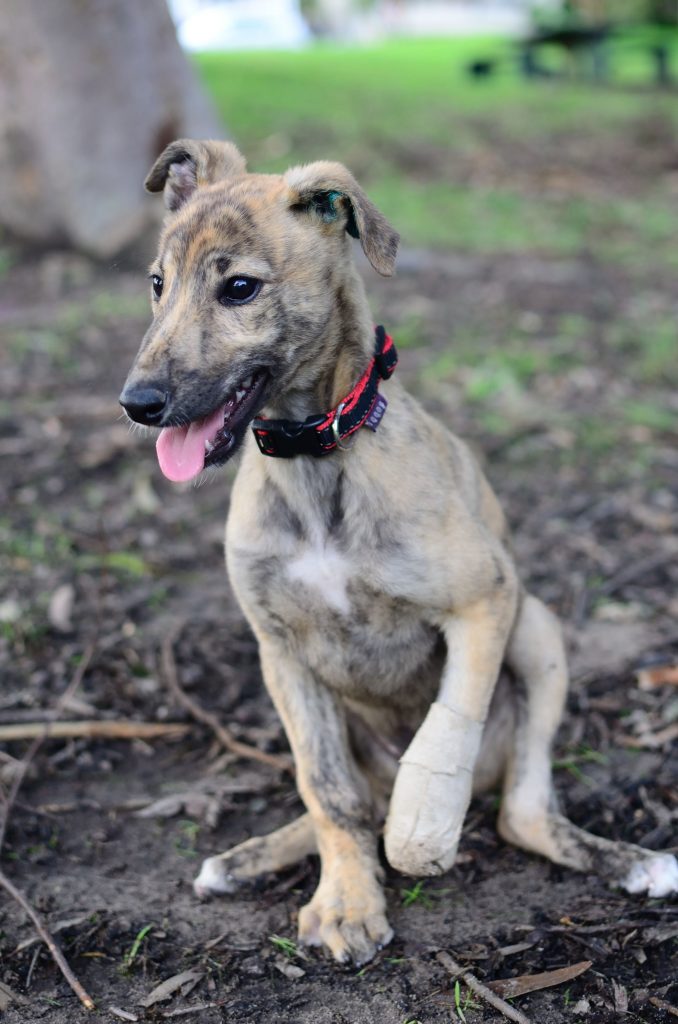 Meet Millie, a gorgeous 4-year-old rescue greyhound who tragically lost her front paw when she was pup and is now the first in Australia to receive a 3D printed prosthetic leg.

Millie was left behind by a breeder to Greyhound Rescue four years ago, and since then, it’s been a long road to normality for the three-legged pooch.

In 2013, Millie became the first pup in the country to be fitted with a prosthetic bionic front leg. And four prosthetic legs later, Millie has found the perfect one — this time it was made with 3D printing.

Get the tissues out because this video will melt your heart.

Millie’s owner Ed Dieppe and his wife Nora embarked on finding the perfect paw last year. As an architect, Ed was familiar with 3D modeling. But it wasn’t till he was introduced to Autodesk’s Matthew McKnight that he realized with Matthew’s help and Autodesk Fusion 360, they could apply the same approach to design and create Millie’s very own customized paw.

A key focus of the new design was to create something that was completely adjustable and could adapt to Millie’s changing body — a struggle Millie faced with previous bionic legs.

The costs were also adding up. Parts suffer wear and tear and regularly need to be replaced. Traditional prosthetics can cost upwards of $2,000 each time — and with Millie on her fourth paw already, the expenses were becoming considerable.

Now with Autodesk’s Fusion 360 software and a 3D printer, Ed can design his own customized paw, print it at home and fit it on easily, at a fifth of the price. And if parts need to be replaced due to wear and tear, Ed can print and replace them without having to refit Millie for a completely new leg.

Throughout the design process, collaboration was easy. With cloud-based software, it didn’t matter that Matthew was based in Melbourne while Ed was in Sydney doing the adjustments, 3D printing and fitting the prosthesis on Millie.

It’s been a long journey for the Dieppe family. After months of testing different designs and materials, it has finally paid off with Millie finding the perfect leg!

Millie can run, jump and play fetch (although she’s not a huge fan of fetch), just like any other dogs her age and is loving her new lease on life.

Ed Dieppe, Millie’s owner, summed up the experience this way:

“From concept to delivery the process could not have been better. With the previous adaptations of Millie’s prosthetics, we have never been able to develop the design before the prosthetics have gone into production, often leaving us with surprise outcomes. But being able to review the design in 3D with Fusion 360, we had the opportunity to workshop the design live, pick up any potential design flaws and quickly prototype new parts.”

“The results have been amazing and Millie is taking to her new prosthetic incredibly well!” 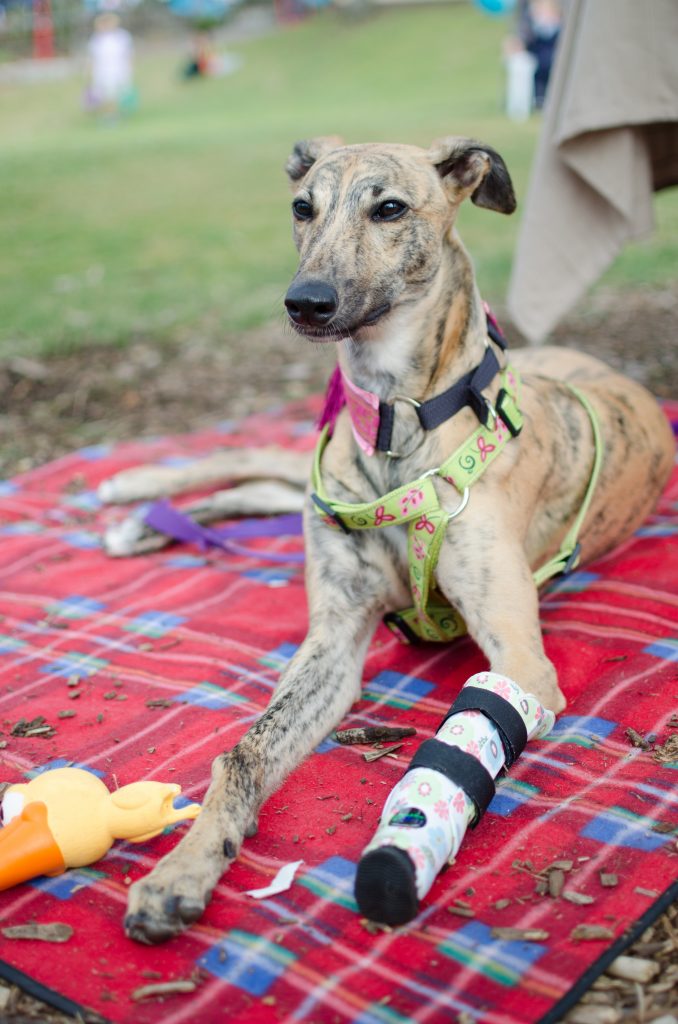 Great when Millie was a pup but she quickly grew out it. 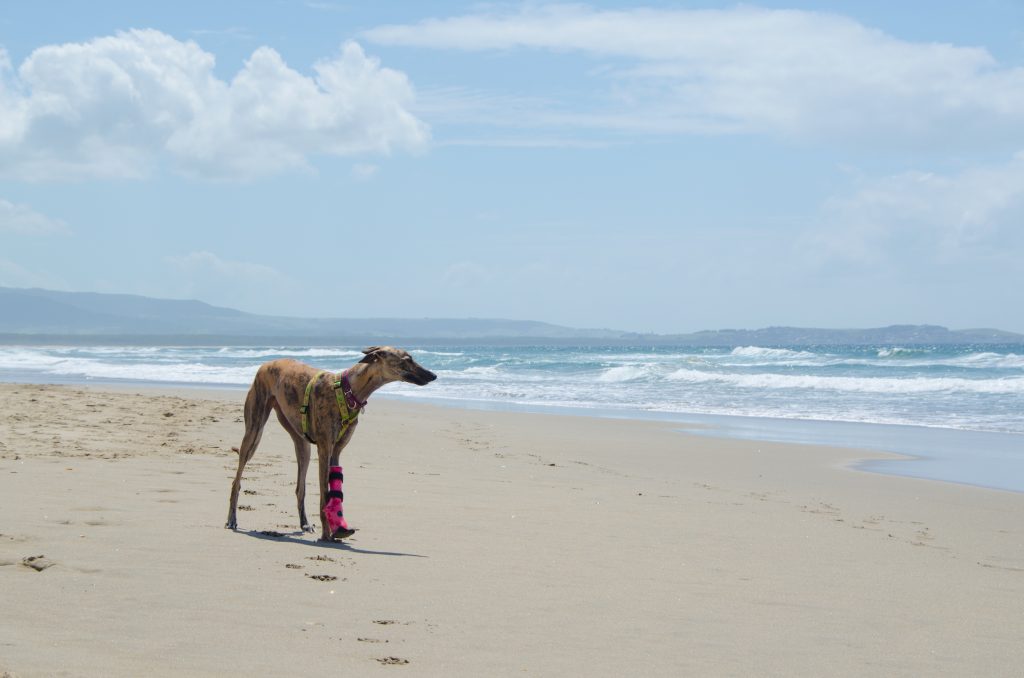 Millie hated it from the start. It was big and clunky. She even tried chewing it off. She took a hiatus from prosthetics after this one until Ed and Nora found a new provider in Canada. 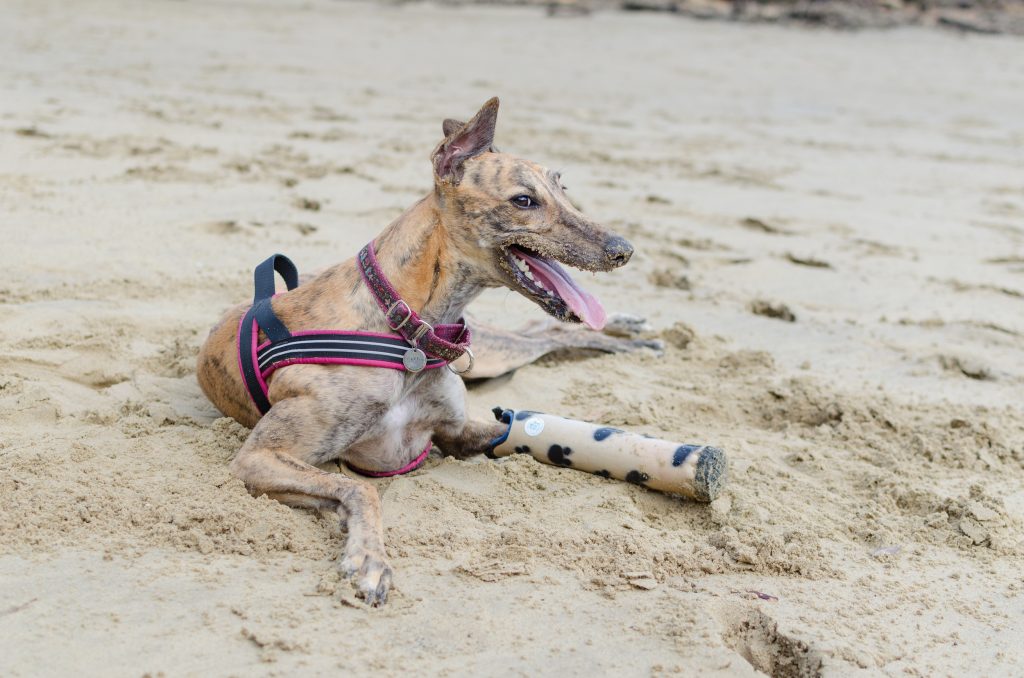 Millie’s third prosthetic was a bit rudimentary, hand-made in Canada it was a great idea but lacked functionality. It was heavy, clunky and difficult to fit. 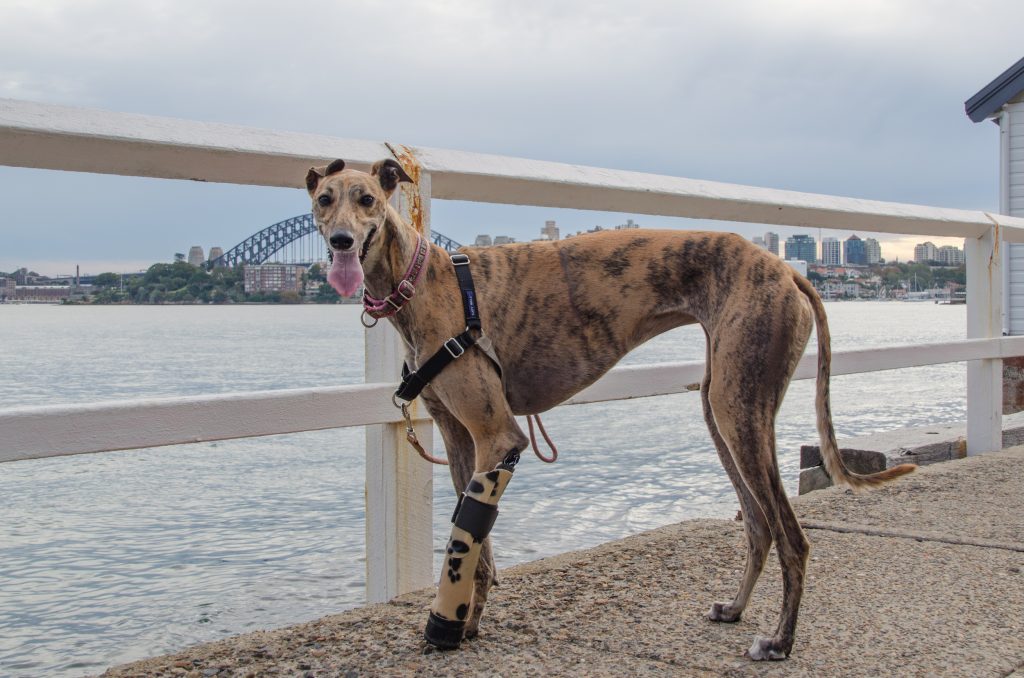 After learning from prosthetic #3, Ed commissioned prosthetic #4 with a new improved design, which included two parts to allow it to be fitted easier. He and Matthew also streamlined the design to make it slightly more light weight but it was still very cumbersome.

Millie’s 3D printed leg is made from CPE, a co-polyester plastic, making it super lightweight and easy to put on. If bits wear out or parts need to be changed, Ed can jump into Fusion 360 to update the design and print out a new piece. Millie is now running and jumping with ease! 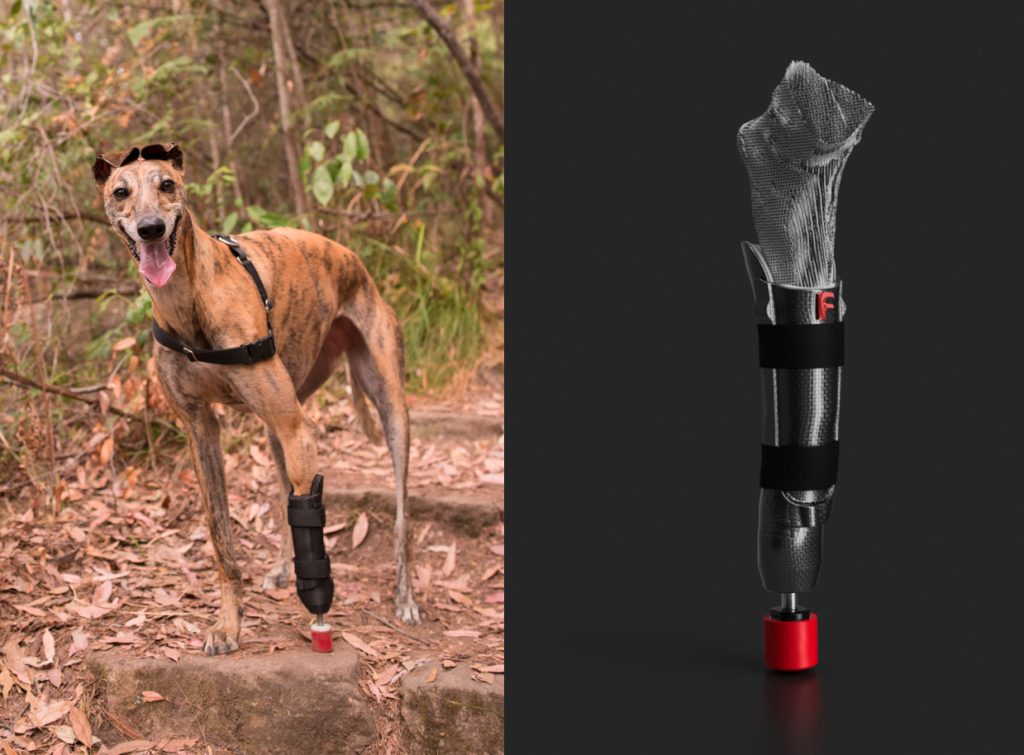 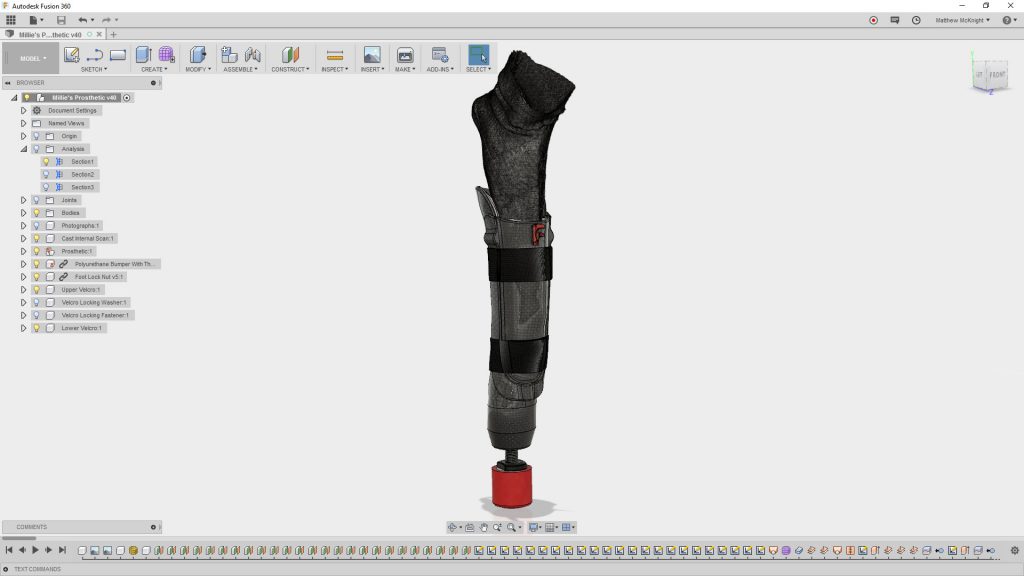 If you happen to be down under, Millie will be showing off her new leg at Autodesk University in Sydney this week.