Innovation by Design: AIF 2014 in Munich

Innovation by Design: AIF 2014 in Munich

On February 17th and 18th, 2014, Autodesk’s Automotive Innovation Forum in Munich attracted over 400 attendees from 18 countries for an energizing mix of news, industry insights and networking. Stephen Hooper, Director of the Automotive group at Autodesk, highlighted in his keynote the need for innovation in the automotive industry. . Some of the major market changes in the automotive industry are characterized by changing customer behavior, the need for more sustainable practices, globalization and demographic shifts. 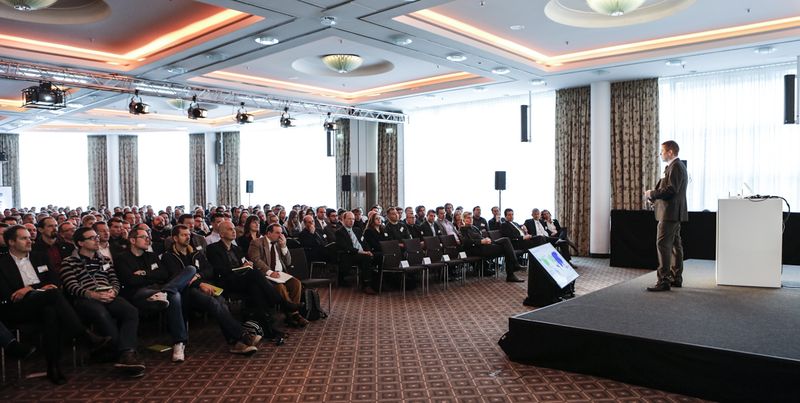 Stephen Hooper welcomes over 400 guests at the AIF

Michael Robinson, CEO and design director of ED Design, and Frank Stephenson, design director at McLaren, described two very different views on innovation. Robinson presented a visionary outlook into the future of car design. His prediction: “By 2040 there will be no steering wheel.” He based his ideas on a significant perception change within the digital generation toward driving, which he believes they consider as a distraction from other activities. Another force for change is the ultimate goal of a “zero accident era,” which would integrate automated, connected and driverless cars in cities around the world. He considers it as a major task for designers to redefine the emotional nature of driving a car through a more people focused, communicative design and new ways of passenger-car interaction. 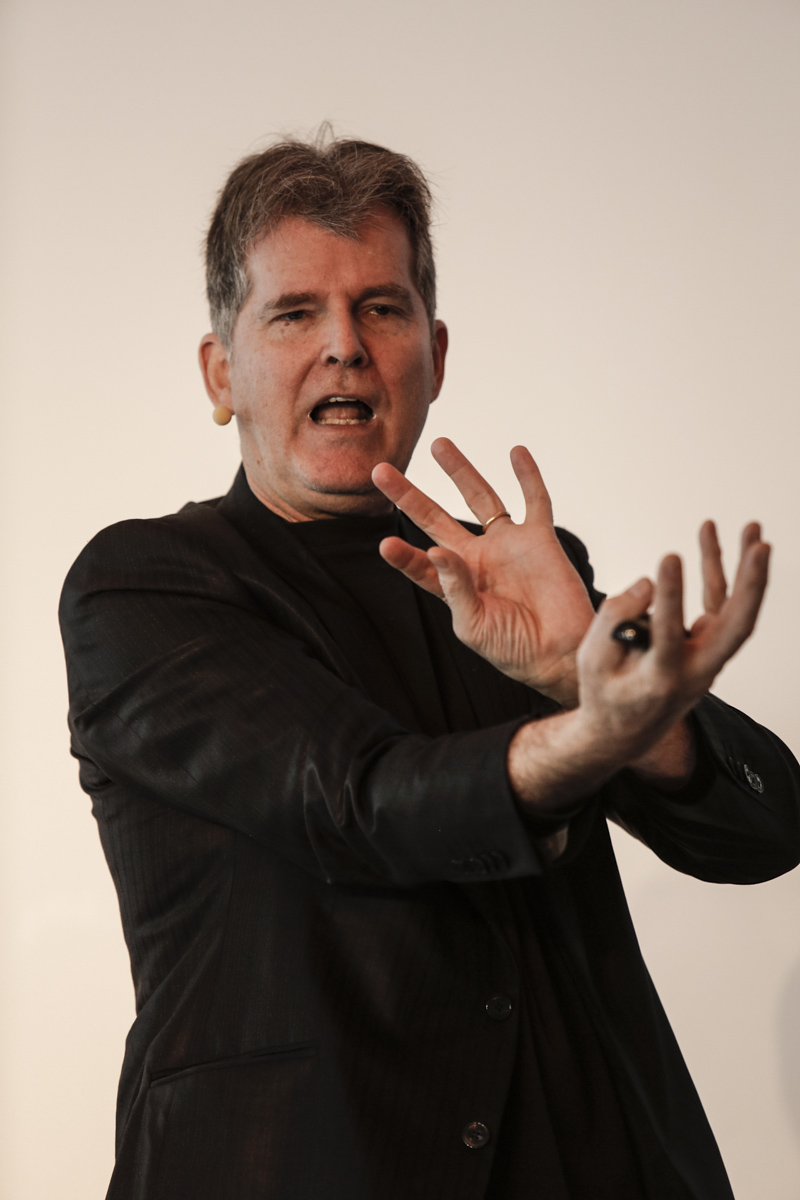 Frank Stephenson, the designer who developed iconic cars like the new Mini Cooper and the new generation Fiat 500, delivered insights into his design process and how he created innovative solutions during the development of the McLaren P1 hybrid sportscar. Stephenson described a two-pronged modeling process of digital and physical methods based on real sketches and clay models, as well as on an Autodesk Alias-based digital design process to speed up and optimize the design. Inspired by the idea of Biomimicry, the imitation of the models, systems, and elements of nature, Stephenson is able to develop novel new solutions. For example, the wheel pattern of the P1 mimics the root and wood pattern of a tree to maximize stability with a minimum of material and weight. Without using digital methods, it would be impossible to balance and optimize this pattern to design the wheel. 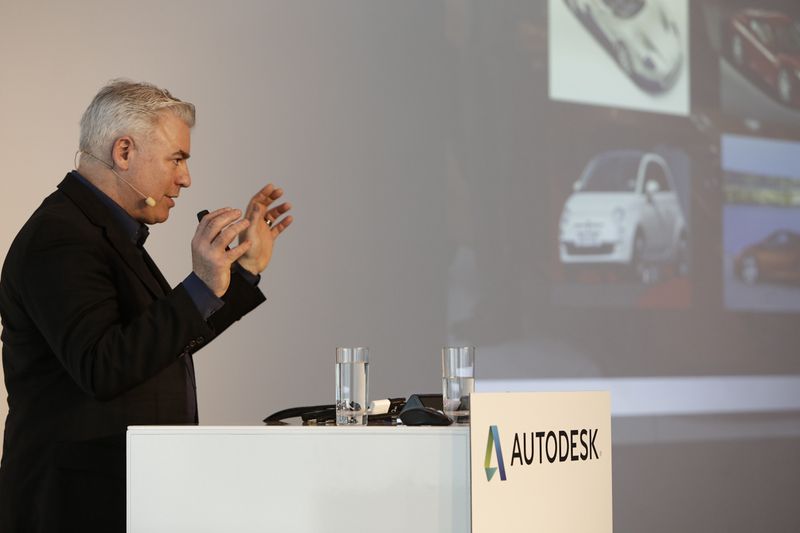 Innovation in action: Examples from Audi and Volkswagen

The different ways innovation can be put into action were highlighted through the examples of major car makers like Audi and Volkswagen. Volkswagen uses Autodesk Maya and Alias for the modeling and design process of the seats. Why two different tools? “Maya is used for the soft parts and Alias for the hard parts,” said Albartus Vrolijk of Volkswagen. Maya is the tool of choice for the seat’s soft components because it is more adept at handling organic shapes and because of the speed and ease of use of its visualization capabilities.  It’s Alias’ stellar surfacing skills, as well as the software’s compatibility and flexibility, that make it the  best choice for the seat’s harder components. After the individual components are completed, it is then easy to bring both models together in one seamless and interactive workflow. 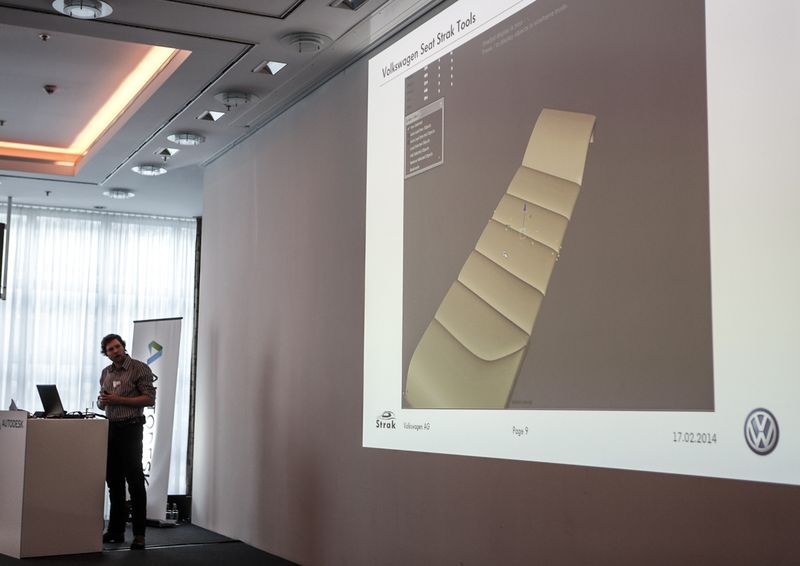 Daniel Hauser of Audi AG described how virtual reality helps Audi to face the challenges and opportunities of globalization. At Audi, they have a long tradition of using virtual reality technologies. The company, which had recently made the switch to using Autodesk VRED software, said they have now reached a point “where we could make decisions based solely on a digital model.” This also helps to make decisions when a version of the actual car does not yet exist, such as in the planning process of car presentations for the press. Working from a digital model in virtual reality also enables global teams to work simultaneously on the same projects and designs. 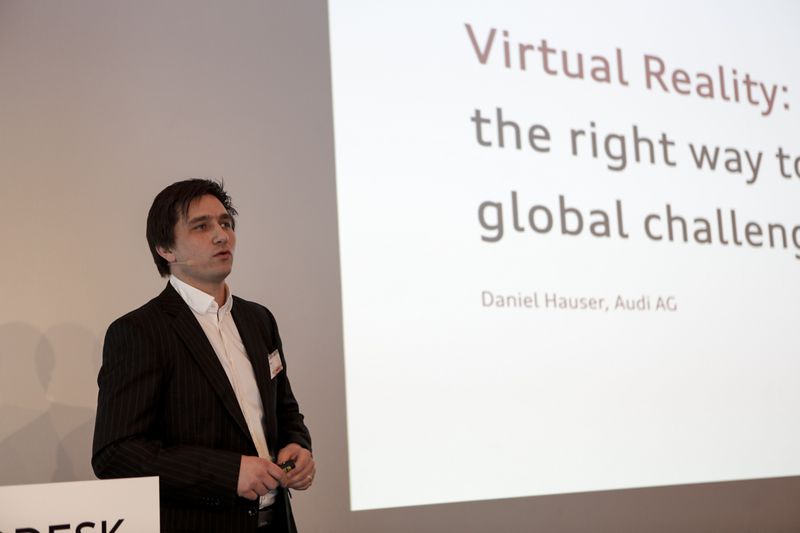 In addition to the inspiring presentations and technology news and insights, this year’s Automotive Innovation Forum offered attendees the opportunity to network, discuss and exchange notes with other like-minded guests, making the conference a source of innovation and new ideas for the entire automotive industry.