In 1996 Under Armour broke into the athletic market by reinventing the humble t-shirt. Now a powerhouse brand, Under Armour is pushing the boundaries on high-performance athletic gear. So as the company approached its 20th anniversary, the UA Innovation Team looked to up the ante on the brand’s performance training footwear. The team wanted to design a lightweight, highly stable, and cushioning shoe to support athletes during the most intense workouts. Among the many innovations and technologies that the team brought to bear for its new UA Architech was a combination of generative design and 3D printing. 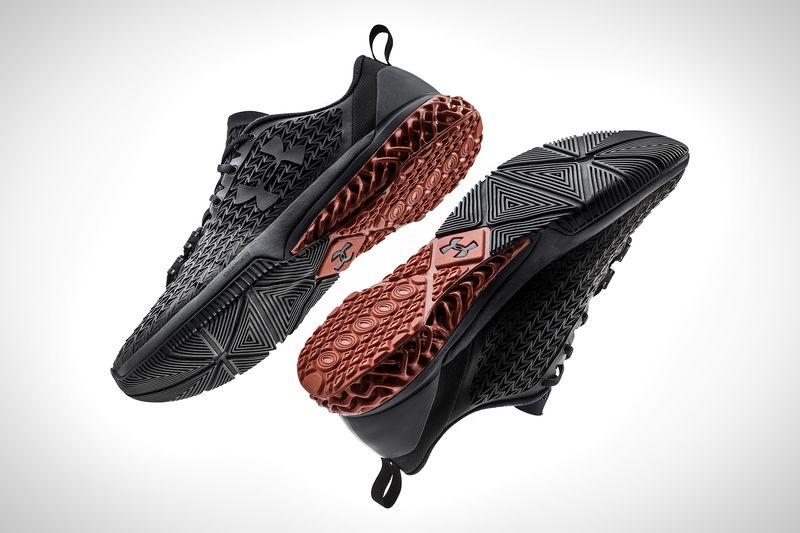 Autodesk software was critical to the team at Under Armour achieving some of the key goals for the shoe. Notably, Autodesk Within was used to generatively design the lattice midsole for a stable heel structure with the appropriate elements of cushioning for strength training.  Generative design is a pioneering technology central to the future of making things, where a computer algorithm creates structures based on desired criteria like durability, flexibility and weight. It results in complex, high-performing structures that human designers would never conceive of otherwise, and — as is the case with the UA Architech — requires 3D printing to fabricate. Autodesk Fusion 360 software was also integral to the shoe’s concept development and refinement.

Check out the diagram below for more on the innovations that went into the making of the Architech and help take Under Armour another step closer to its vision for the future of athletic apparel. 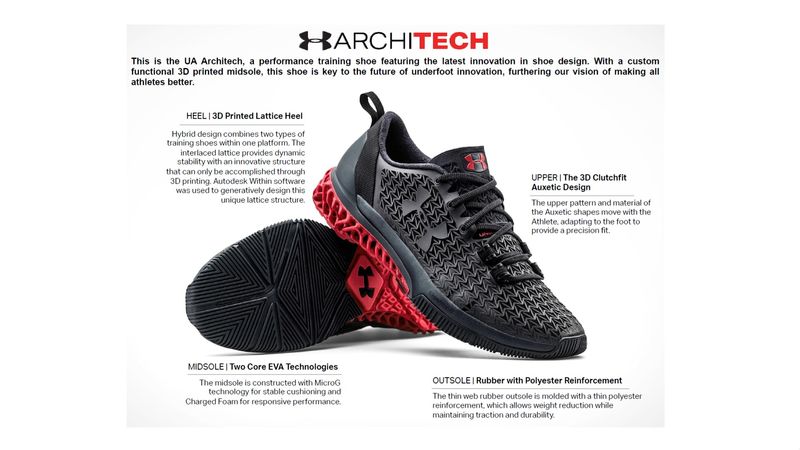