Part 4 of a 5-week series from the new Future of Making book by Tom Wujek. Stories will be posted here on In The Fold and on Redshift. To learn more about the book, visit www.autodesk.com/future-of-making-book.

Sensors have been part of our workplace for more than a decade: the familiar motion detectors that darken empty offices, climate monitors that keep temperatures steady, and light sensors that, in the case of Al Bahr Towers, adjust the exterior of the building.

At Steelcase, the promise of sensors and the data they can provide points toward collaborative, creative workspaces that reduce the friction of work and augment the abilities of the people who work in them. 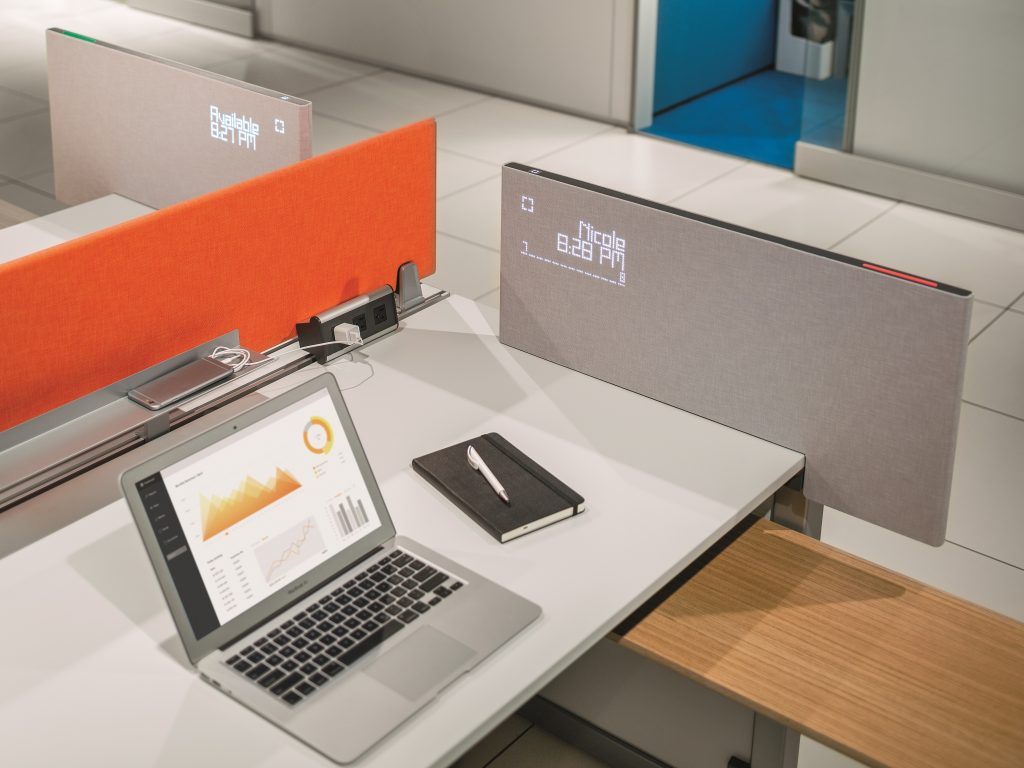 And not a moment too soon. “We’re driving 21st-century cars to 20th-century workspaces,” says James Ludwig, vice president of global design and product engineering at Steelcase. “We have the opportunity to propel these spaces forward to become some of the smartest, most connected spaces on the planet.”

Ludwig’s focus is to make the social experience at work better so people can take advantage of “the massive neural network of many minds working on one problem, which is how we solve problems today.”

To do that, the firm is combining sensors—inexpensive, off-the-shelf technology—with deep research to create new systems that let a workspace communicate with its users. Ludwig lists some of the information a space can collect and communicate: “Did the five people that said they were going to use that room actually show up? Who didn’t show up? Are they coming? Should I start the meeting? What if we could remove that friction—how much value would be recaptured in that whole equation?”

Further down the road, he says, after we have become more comfortable with AI, workspaces can augment our days even more. “Imagine your room sensing that the brainstorming session was losing steam, and it finds a way to slightly adjust the lighting or the temperature in a way that can reanimate a group, like a break or a round of refreshments can do.”