The cloud is ushering in a new era for industry by creating opportunities for companies to connect people, processes, and applications around the globe. Forge is the cloud platform Autodesk created to connect the processes and lifecycles for designing and making. As an open platform, Forge puts the capabilities of Autodesk products in the hands of developers in the form of web-based APIs and services. Customers from the worlds of architecture, engineering, construction, and manufacturing, are putting these services to work to create customized solutions and connect and extend business processes.

“The most common uses of Forge focus on three kinds of tasks: automation, visualization, and collaboration,” says Ron Locklin, Director of Strategy and Marketing for Forge. “In the case of automation, for many tedious tasks you do in AutoCAD, Revit, Inventor, or 3ds Max, you can use Forge to automate. Just write the script and let the computer do the work.” That might mean automating the calculations for a new architectural project, converting photos to 3D models, documenting a Revit or Inventor design, or generating product images for an online catalog, among other tasks. 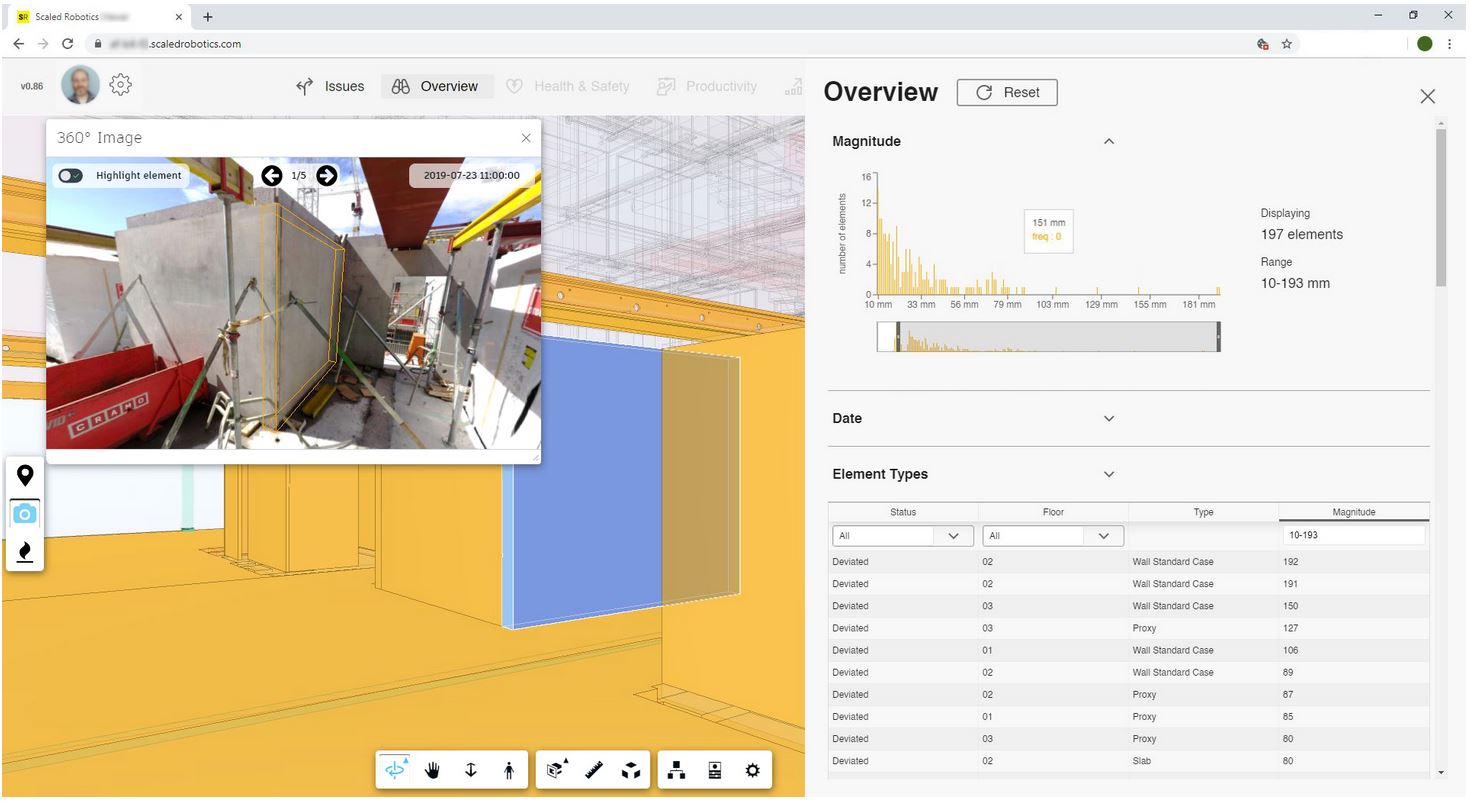 With the Forge Viewer handling display and the Model Derivative API extracting metadata from design models, the Scaled Robotics team estimates that they save as much as two months annually of time formerly spent maintaining a data parser.

Visualization can refer to both data and designs. Data visualization and analysis—commonly called dashboarding — adds valuable context to raw data by overlaying it on an interactive 3D rendering of the design that data relates to. This makes the data far easier to interpret than a set of numbers, and allows us to make connections and create insights and that otherwise wouldn’t be possible. Visualization also refers to bringing design ideas to life through immersive technologies like virtual reality or informing reality with data through augmented reality. “One thing Autodesk products have always led the industry with is great visualization capabilities,” Locklin says.

Finally, there’s collaboration. With Forge, you can give people on a project shared access to data and designs in tailored ways. “Disparate teams can work on the same project, even if they’re in different cities or countries,” says Locklin. “They can see the models as they are changed in real time and play their role without the delays that used to be common before the cloud.”

Since the launch of Forge in 2015, companies in a range of industries have been putting the platform to work to increase efficiency and improve outcomes.

Skystone is building the world’s tallest modular hotel in New York and using Forge to get it done. They are designing room modules in Revit, manufacturing the modules in a factory in Poland, and then delivering the fully outfitted rooms—complete with beds, lamps, carpets, and more—to New York via cargo ship. They use a service called KitConnect built on Forge by Project Frog, to create and store a library of components and rule–sets that can be configured in Revit. This has saved them hundreds of hours of manual work. Project Frog is an Autodesk Forge Fund investee.

Not-for-profit Build Change uses Forge to create safer, more resilient housing in developing countries. The first step in their process is to assess and analyze the existing structures, something they used to do manually. “We used AutoCAD to churn out unique floor plans for every homeowner. We walked around in villages with handheld Garmin GPS units to keep track of locations, and we compared satellite images before and after disasters to determine who lost homes,” according to Elizabeth Hausler, Ph.D., Build Change Founder and CEO. Now they’re using Forge to automate the process, analyzing photos sent by the homeowners with AI to determine whether a house can be retrofitted. “What once took a team of three people four or five days now takes one person three hours,” Hausler says. “That’s 97% less time.”

Companies in the manufacturing space are also putting Forge to work. CADshare turned to Forge to simplify the process for original equipment manufacturers (OEMs) to publish 3D manuals for spare parts. Building on both the Forge Viewer and the Model Derivative APIs, they built a platform that enables OEMs to generate manuals from their own design files in about a day, down from the 10 days it used to take. And these manuals create better experiences for their customers, with metadata baked into the 3D models. “Forge not only helped us speed our product to market, it also removed risks associated with custom development in our business,” says Chris Acheson, Founder and CEO of CADshare. “With the time we save, we focus on building new features. Forge is like our canvas, and we innovate on top of it.”

“Forge saved us 6 months of development time with the Viewer alone. With the time we save, we focus on building new features. Forge is like our canvas, and we innovate on top of it.” – Chris Acheson, Founder and CEO, CADshare

The laws of physics will always constrain our designs—there’s no sense in designing something you can’t build—but technology doesn’t have to. Challenges with collaboration and communication, tedious calculations, and the inability to convey ambitious designs to untrained but important stakeholders—these have done as much to hold back the possibilities of design as gravity.

Forge is changing that. By enabling users to take capabilities from Autodesk products and customize and adapt them to their own needs using the cloud, Forge is opening up new possibilities in digital design. Forge is helping teams make better decisions faster to improve outcomes and giving companies new ways to stand out from the competition.