Civil engineering is a fundamentally conservative industry—at least, it used to be.

Look no further than Norconsult—one of Scandinavia’s largest multidisciplinary engineering, architecture, and design consultancies—which is taking an entirely digital approach to a massive infrastructure job, turning tradition on its head in the process.

“We have not produced any drawings for this project,” said Marius Jablonskis, Technology Manager at Norconsult. “We wanted to connect everything into one single source of truth using BIM.”

It’s one thing for Norconsult to take a chance on trying something new and changing the way it normally does things, but what did the customer think of this non-traditional approach?

“We thought this proposal from Norconsult was very interesting,” said Fridjar Molle, the Vamma 12 Project Manager for E-CO Energi, Norway’s second-largest producer of hydroelectricity. “Having all data in one place seemed like it would remove the potential for errors. We were, of course, a little bit concerned about going fully digital, because we didn’t have any previous experience doing it this way. The Vamma plant is 1 of 12 units we own and operate in Norway. All of the other units were designed and built using more traditional methods, and we have all the documentation for those units on paper.”

So, how did Norconsult and Vamma make the leap forward for their organizations, to a place where the final deliverable is a digital 3D model rather than a piece of paper?

For Norconsult, the process starts with a willingness to change internal mindsets.

“You have to be willing to constantly challenge yourself and your assumptions about the best way to accomplish certain tasks,” said Jablonskis. “I was the manager of the Vamma 12 project at the time, and I was convinced that digital was the future, so I said go for it. Meanwhile, the manager of the entire energy division at Norconsult, Knut Helgesen, also saw the tremendous potential of going digital. So, we had terrific management support—and not just with encouraging words. They were willing to back up their words with resources, giving us the software and other tools we’d need to be successful.” 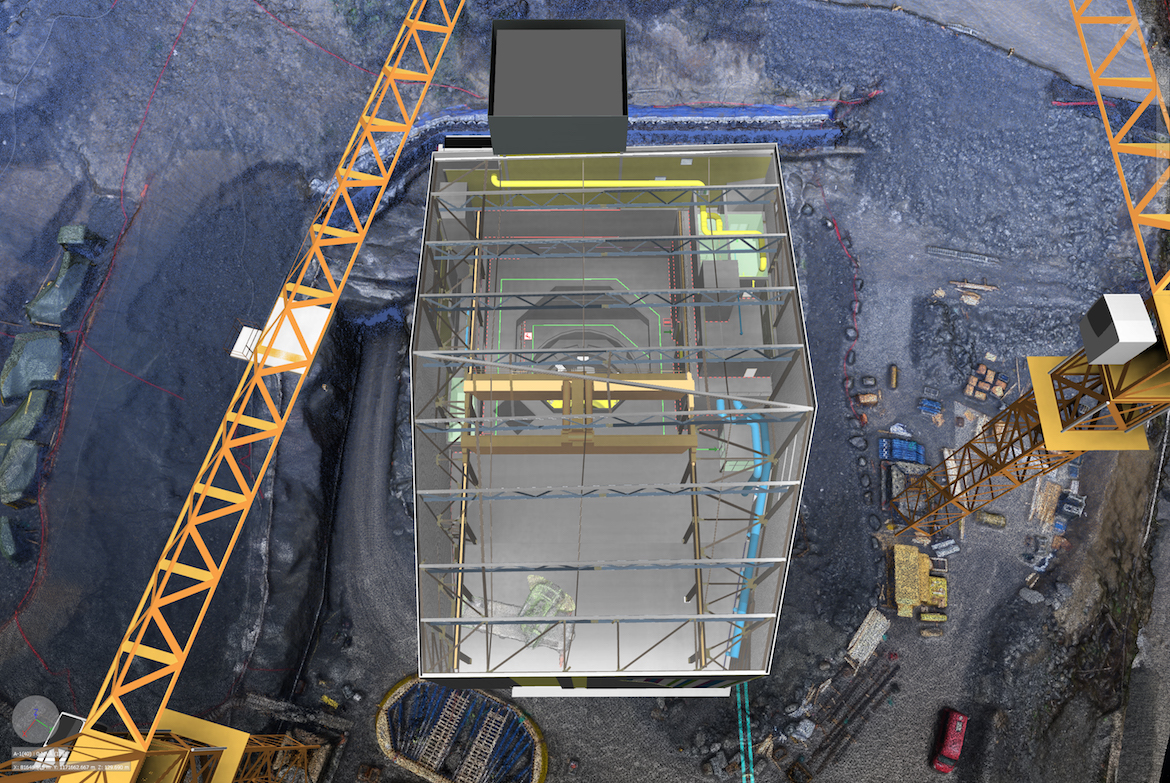 Autodesk Revit played a key role in the Vamma 12 project, helping to bring together all the disparate information and create a single BIM model. This has meant consistency and ongoing coordination—both of which reduce execution errors and save time.

“All of the different parts that are manufactured and delivered to the Vamma site, like the turbine or the gates, have been cross-checked in the 3D model to make sure that everything will fit together as smoothly as Lego bricks,” said Jablonskis. “We can also use the BIM model to ensure that any part that comes in contact with the concrete is perfectly aligned, so that there isn’t even a 1% deviation or rotation that could negatively affect the power plant’s performance.”

For Norconsult, envisioning these types of benefits ahead of time plays a role in the internal change management process.

“Anytime you introduce a new workflow or propose doing something in a new way, you cannot fully predict the outcome,” said Jablonskis. “There will always be risk. But the key is to weigh the potential risks against the potential benefits, so that you understand the best-case scenario and worst-case scenario. From there, you can make an educated choice. With Autodesk software, we saw the potential to automate some of our processes, save time, reduce errors, and ultimately produce something of a higher quality—and that made it a compelling reason to change the way we normally do things.”

The customer has been equally pleased with embracing a new approach. Says Molle: “This type of digital technology is the future. As a company, we cannot stand still and look at technological developments from the sidelines. We have to be willing to take part in those developments.”

Change is never easy, especially within a conservative industry.  But used properly, the right software can be a change agent that smooths the process, helping companies evolve their internal processes and chart an innovative path forward.