U.S. President Obama and German Chancellor Merkel met with Autodesk’s Roland Zelles and German para-cycling champion Denise Schindler to discuss an innovative collaboration to design and manufacture a 3D printed performance prosthetic leg, which Denise will wear at the Rio Paralympics in September.

The meeting took place on Monday, April 25 at Hannover Messe, one the world’s largest manufacturing trade shows. The new prosthesis is a result of a partnership between Denise and Autodesk to explore how new technologies and manufacturing techniques could be harnessed to increase the accessibility of sports prostheses, which up until now have proven expensive to develop and used only by the very elite athletes.

Prior to working with Autodesk, the manufacture of Denise’s prosthetic was done almost wholly by hand by skilled technicians who used a plaster casting process and then spent weeks refining and crafting a new prosthesis. While this resulted in a great finished product, it also took typically around 10 weeks and cost a significant amount.

Circumventing the lengthy and often inaccurate plaster casting process, Denise’s residual limb was 3D scanned and digitally rendered. The prosthesis was then modelled using advanced cloud design tool Fusion 360, which allowed the project stakeholders—who were located in Germany, London, San Francisco and Portland– to collaborate and iterate through 52 digital versions before arriving on the final design. To reduce the weight of the prosthesis, the team harnessed the lightweighting power of generative design using Autodesk Within. The prosthesis was then 3D printed at Autodesk’s Pier 9 manufacturing facility in San Francisco.  The process can now take as little as five days and cost around a quarter of the price.

Having lost her leg in an accident at the age of two, Denise has competed for her country in numerous international events with accolades including the silver medal at the London Paralympics in 2012, and two silvers and a bronze at the recent Paracycling World Championships.

‘My dream is to make better fitting performance prostheses accessible to all so I am really excited about the results of this project,” said Denise. “Ultimately the number one most important thing about any prosthesis, and especially a sports prosthesis due to the amount of time spent training and competing in it, is comfort. Being able to develop a well-fitting prosthesis which doesn’t compromise on performance, in less time and for less money than traditional means is a real break-through’. 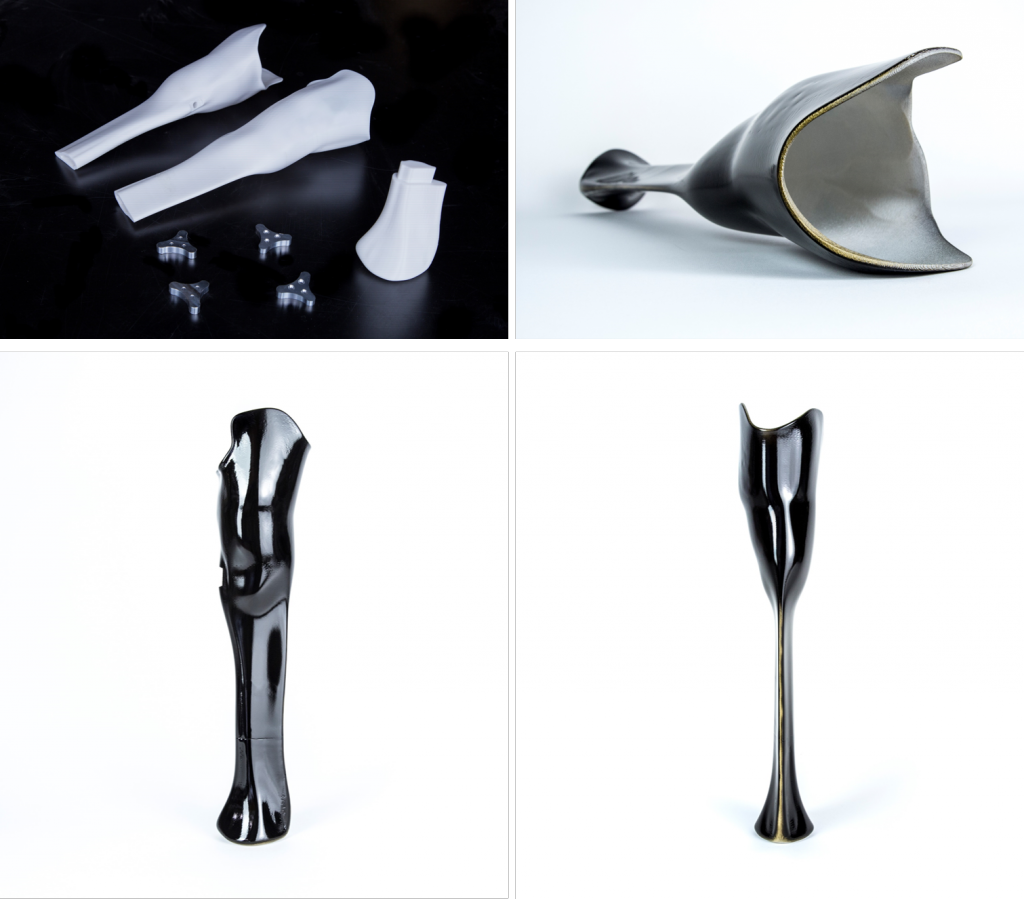 “It was hugely exciting to see the interest in this project from President Obama and Chancellor Merkel, the leaders of two of the world’s most advanced manufacturing economies,” explains Roland Zelles, VP EMEA at Autodesk. “This collaboration has shown how new technologies, tools and techniques like additive manufacturing, generative design and the cloud are changing the future of making things. With Denise’s expertise we’ve been able to work together to show how creating prostheses in the future can be done at far lower cost and with much shorter timescales, meaning increased accessibility. Denise’s knowledge and passion for this project have made her the perfect partner and we wish her all the best of luck in Rio.”

For more information on Denise Schindler’s Foundation you can visit her website http://www.denise-schindler.de/eiss.html