May marks the celebration of Asian Heritage Month and as the Global Lead for the Autodesk Asian Network (AAN) employee resource group, I’ve been looking forward to inspirational speakers and meaningful discussions with fellow Autodeskers and our guests. 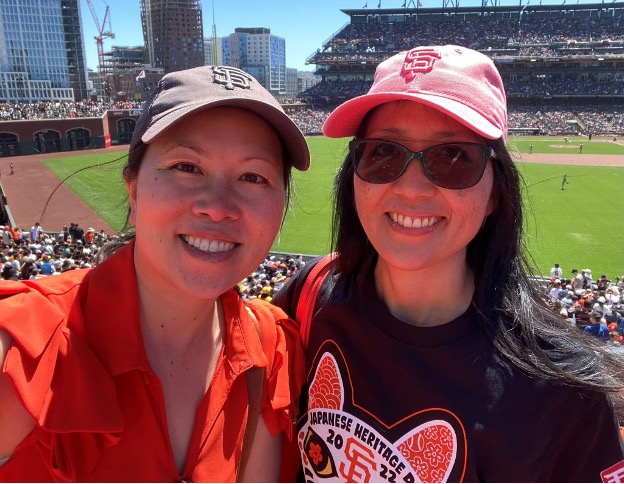 In honor of Japanese Heritage Day at the ballpark, I met up with fellow AAN member Joyce Lee at the SF Giants game. Olympic champion Kristi Yamaguchi threw out the first pitch!

With the recent passing of Norman Mineta at age 90, I’ve also been reflecting on his impact. He was one of my biggest heroes as an inspiring leader, pioneer, and most of all, an empathetic man who helped others.

In the 1970s, he co-sponsored the original House resolution as a US congressman proposing the celebration of Asian Pacific Heritage Week, which later became Asian American and Pacific Islander Month. Now, 45 years later, we’re honoring our colleagues globally and celebrating Asian Heritage Month here at Autodesk.

In addition to highlighting many of the events AAN planned this month, I’d like to share Secretary Mineta’s legacy.

Honoring the life of Secretary Mineta

Understanding the significance of Norman Mineta requires knowing a bit more about his story. As the mayor of San Jose, he was the first Asian American to lead a major US city. He was also the first Asian American US Cabinet member – as Secretary of Commerce for President Bill Clinton and Secretary of Transportation for President George W. Bush. He received the Presidential Medal of Freedom, the highest US civilian award, and has a US airport named after him: Norman Y. Mineta San Jose International Airport.

Six years ago, I invited Secretary Mineta to speak at an event celebrating May Asian Heritage Month. In his 80s and full of energy, he had no problem traveling from the East Coast to California. On the left lapel of his suit, he wore a pin of the American flag. A reminder, he told me, of his freedom and civil rights as a US citizen that we should not take for granted. 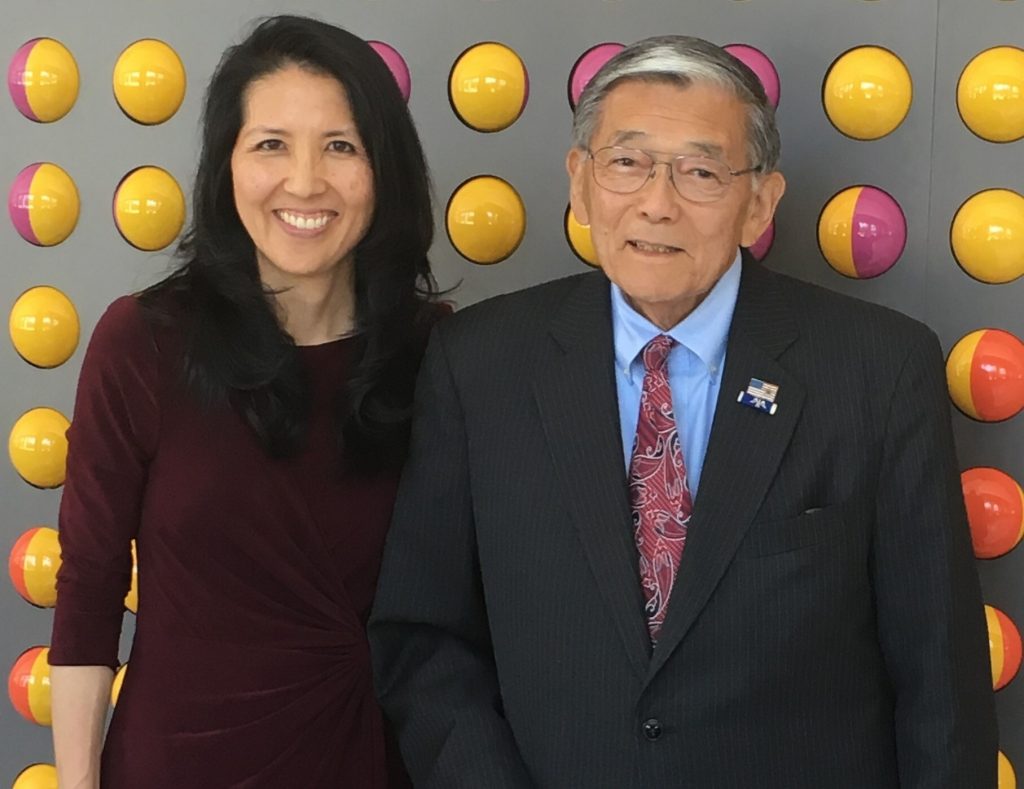 I was honored to meet Secretary Mineta, one of my heroes, at a past Asian Heritage Month celebration.

I was delighted to hear his stories about actor Robin Williams visiting his congressional office because one of his staff members was Robin’s college roommate or how he felt strongly about providing a helping hand to lift someone up in their career, not be the only one as a leader.

But the story I remember most is the one that impacted him as a child. When Secretary Mineta was a 10 year old boy, he and his family were put in a US internment camp along with 120,000 other Japanese and Japanese Americans living on the West Coast during World War II, including my parents.

Secretary Mineta went to the Heart Mountain internment camp where he met another boy, Alan Simpson, visiting the camp through Boy Scouts and became his lifelong friend. They reunited in Congress when Secretary Mineta was a US Congressman and Alan Simpson was a US Senator in the 1970s, and worked together to help pass the Civil Liberties Act of 1988. They were friends for more than 75 years, and will forever be tied together with the Mineta-Simpson Institute at Heart Mountain.

Secretary Mineta also demonstrated what it means to have a seat at the table when key decisions are made. At Camp David, Secretary Mineta shared with President George W. Bush his WWII internment experience. After 9/11 occurred when there were discussions about whether to intern Muslim Americans, President Bush said no because he didn’t want the same thing that happened to Secretary Mineta to happen to others.

That’s the difference and impact when we talk about diversity, inclusion, and belonging.

I’m honored to have spent time with this incredible leader.

Continuing the Inspiration for Autodesk Employees

Olympic Champion Kristi Yamaguchi joined us as a keynote speaker, sharing her perspective on topics like mentorship and taking risks.

We’re celebrating Asian Heritage Month with the theme “Inspire” and hosting a number of events and inspirational talks throughout May.

Autodesk CTO and AAN Executive Sponsor Raji Arasu kicked off our celebration with a discussion with tech leaders for our employees about advocating for yourself, not letting boundaries limit you, and continuing to grow and learn throughout your career. The leaders discussed what it means to be an inspiring leader and who has inspired them.

Olympic Champion Kristi Yamaguchi also joined us as a keynote speaker for an internal discussion. She was the first Asian American to win a gold medal at the Winter Olympics, was a World Champion and two-time US National Champion in figure skating, a New York Times best-selling author of children’s books, and founded Always Dream to help low-income families have access to reading books.

During her talk, she discussed her Olympic experience, mentorship, and passions outside of skating. She encouraged people to take risks by explaining why she joined Dancing with the Stars. She shared, “It’s good to take on new challenges. I’m really glad that I took that risk to go out there again and learn something new – be challenged – because it added another dimension to my life.” 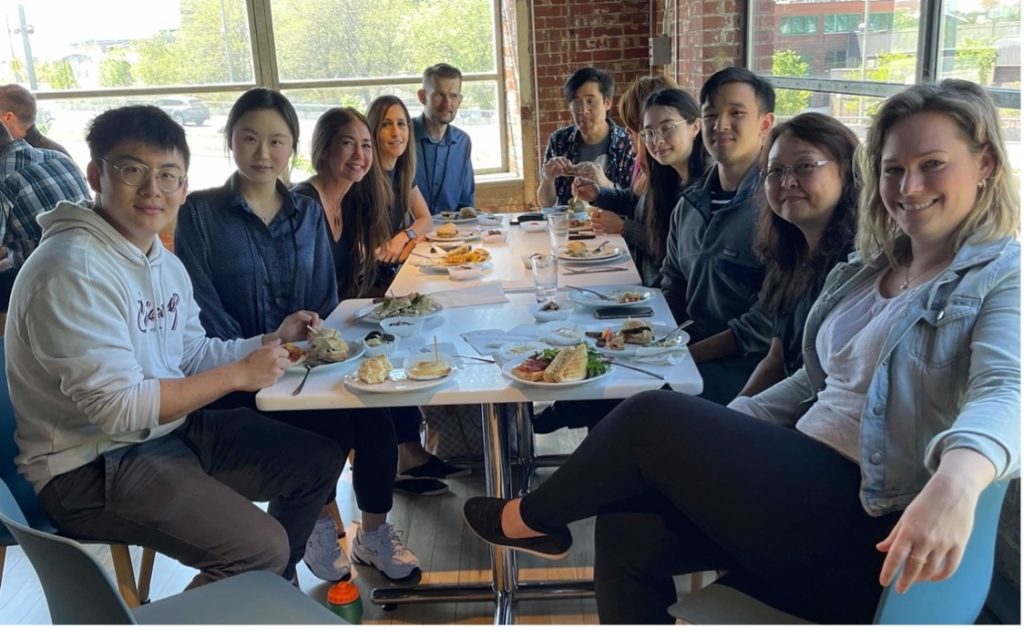 Autodeskers throughout the globe held meet-ups to celebrate Asian Heritage Month. AAN members in Montreal had fun catching up over lunch.

After two years of remote-only gatherings, AAN encouraged employees to get together to celebrate Asian Heritage Month, with in-person meet ups in San Francisco, Portland, Montreal and Singapore. Autodeskers in China also held a virtual event.

Attendees used this time to catch up, share some laughter and meet new colleagues. The opportunity to connect face-to-face marked the first time some of our AAN members had met outside of Zoom. 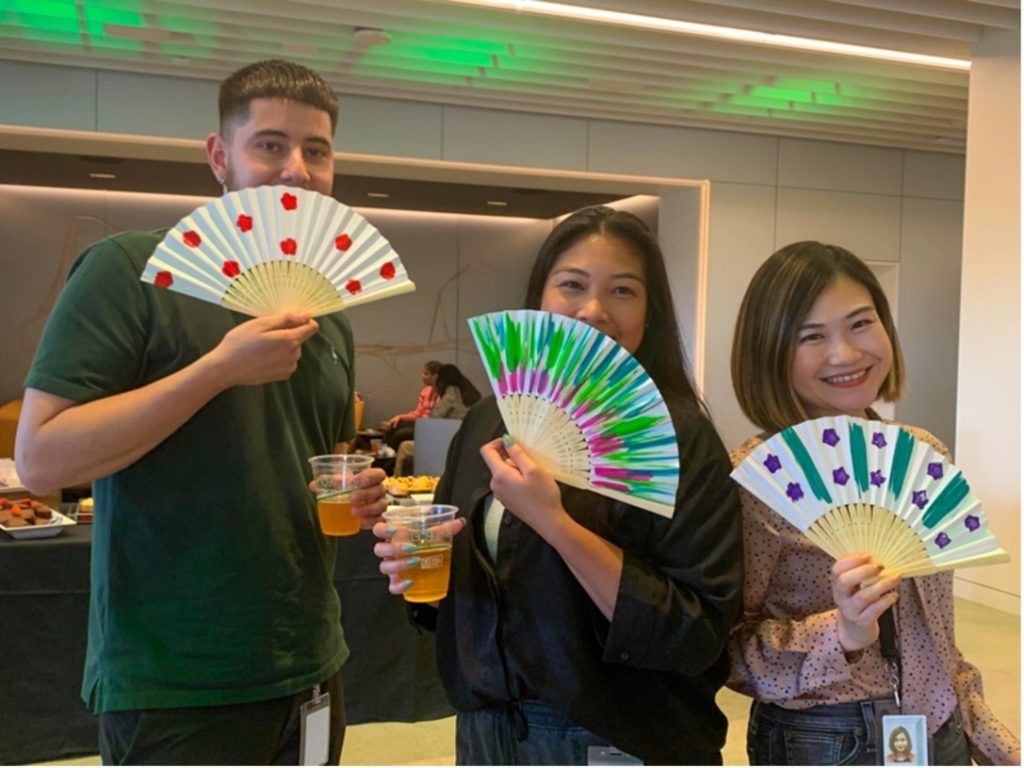 The SF meet-up was held at the Autodesk Gallery and included a fan decorating activity.

Inspiring Change for the Future

As a leader who had great impact on society, the life and legacy of Secretary Mineta is an inspiration for so many. And as we near the end of this meaningful month, I’m also filled with gratitude by the inspiration I get each day from my fellow Autodeskers.

After all, our theme doesn’t end as the month of May closes. Inspiration is something you can seek each day and Secretary Mineta showed me it’s never too late to inspire positive change in someone’s life − a lesson I will take with me always.

Learn about the AAN Kimochi program to help seniors and children connect with their Japanese American culture using Autodesk Tinkercad.