After 50 Years of Innovation, Skateboarding Isn't Just About Shredding

After 50 Years of Innovation, Skateboarding Isn't Just About Shredding

Despite its relatively short history, skateboarding is one of the most innovative sports the world has ever seen. It’s come a long way from its roots in the 1950s, when surfers in Southern California fashioned mini boards with wheels to use on the streets when the conditions weren’t right for surfing. Today, it’s evolved into a global phenomenon and an Olympic sport—it will officially debut at the summer games next year in Tokyo.

So when the Smithsonian’s Lemelson Center for the Study of Invention and Innovation reached out to Autodesk about their Innoskate event in London, we were immediately along for the ride. 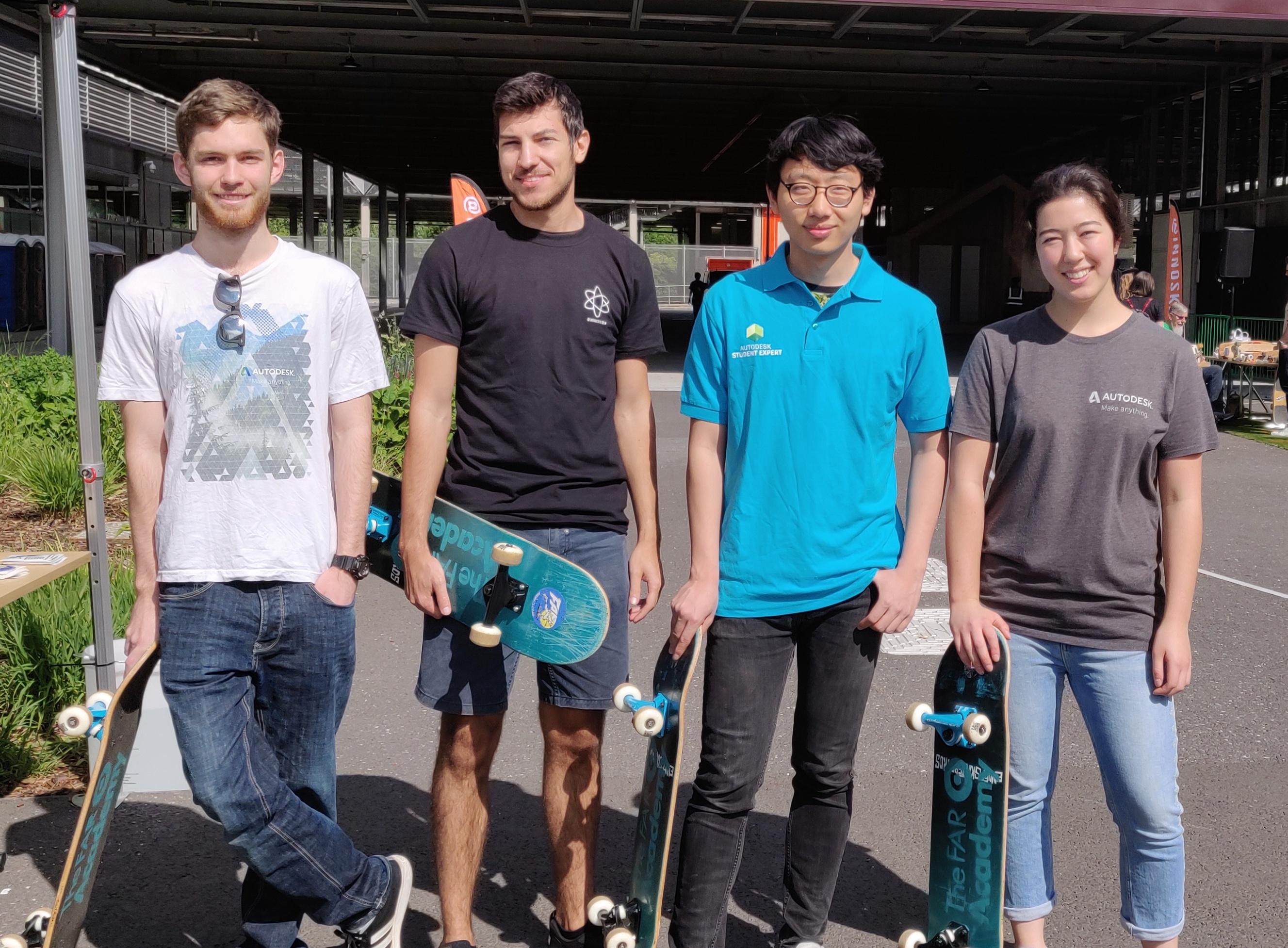 At the heart of the event was a Design Studio that offered a range of hands-on educational activities to immerse participants in the art and innovation of skateboard design. Using advanced design and manufacturing tools, participants dreamt up new skateboards and skateparks for the 21st century. 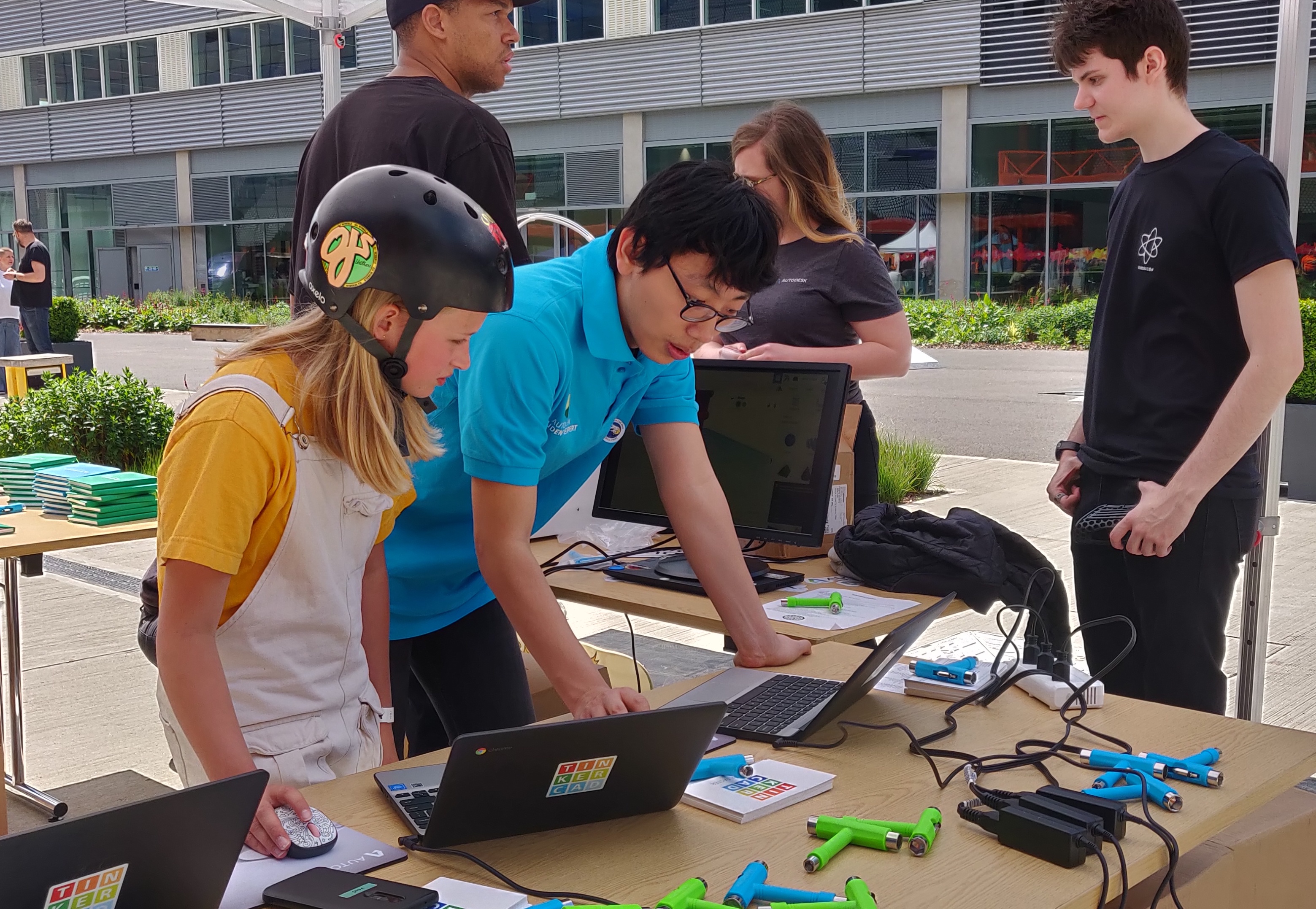 Autodesk Student Experts exposed attendees to the design side of skateboarding using Tinkercad.

These activities engaged the East London community in the full spectrum of the invention and creation process: ideation, sketching and conceptual design, prototyping, testing and manufacturing. We came with computers, customizable notebooks and Autodesk Student Experts to walk participants through the process of sketching a concept and designing a skateboard using Tinkercad.

Read more about how skateparks can dramatically transform public spaces for the better.

From an early age, skateboarding has been a huge part of my life. Despite having  broken many bones over the years, I still commute to work every day on a skateboard. When I became a designer, I looked back at skateboarding and how the board had evolved over time—how those innovations happened, what succeeded and what failed—to help me be a better designer myself.

Skateboarding is a sport that allows both creators and consumers—the skaters themselves— to innovate together. It’s a never-ending feedback loop: skateboard manufacturers try new things, like testing with new shapes and materials, and then watch how skaters respond to these innovations. For someone like myself who geeks out on design history, evolution and collaborative environments, skateboarding in its totality is something really amazing!

Invention was everywhere as attendees of all ages modeled custom skateboards.

Last year, when Autodesk launched generative design in Fusion 360, I was tasked with helping industries who might be interested in the technology understand what it can do and how it can improve products. Naturally,  it led me back to skateboarding— I saw an opportunity to show the world how generative design can create stronger, more efficient parts, using less material. So what better way than to create skateboard components that are practically unbreakable, no matter how hard you smash them? That project received lots of attention and eventually caught the eye of the Innoskate team.

At the event, I got to speak on a panel with Paul Schmitt, who’s essentially the progenitor of every skateboarding innovation ever made. We spoke about the evolution of skateboarding and how innovations have succeeded or failed in the industry. My favorite example was the evolution from ceramic-based wheels to Urethane wheels, which brought on a whole new era of the sport: vert skateboarding (think people riding in bowls or half pipes).

I joined skateboard innovator Paul Schmitt and Boardr’s Ryan Clements to discuss the evolution of skateboard design through the decades.

It was a delight to reflect on the way design has influenced skateboarding, particularly looking at how innovations in manufacturing have influenced the design of boards. Some of the pro skaters on-site even tried out boards with the trucks I designed using Fusion 360.

Interested in learning more about the design side of skateboarding? Head to this section of Instructables for cool projects, design ideas and more.

Beyond seeing kids, skaters and learners of all ages get inspired about the design side of skateboarding, my personal highlight was the adaptive skaters crew. These skaters who are all differently abled in range of ways remind people like me that my own limitations are self-imposed. Seeing a man who is legally blind completely shred some incredible skate obstacles that were built by the University College of London for the event was not only incredible, but truly inspirational too.

Innovation is everywhere in skateboarding, and it was an honor and a pleasure to represent Autodesk at Innoskate. Initiatives like this will continue to help expose young audiences to the technological change and invention taking place in one of the most exciting and inclusive sports around, and I can’t wait to see what’s next.