Autodesk honors next generation of filmmakers with the VES Student Award

Autodesk honors next generation of filmmakers with the VES Student Award

From dystopian worlds and magical dreamscapes to a moving look at the realities of climate change on earth, this year’s student nominees continued to raise the creative bar. Across the board, each student team delivered stunning VFX and animated projects, proving their adaptability to remote and hybrid workflows in the face of the ongoing pandemic.

While there can only be one winner, each team deserves to be honored for crafting truly immersive worlds, emotionally-charged storytelling, and exemplary digital artistry.

This photoreal animated short shines a light on the fragility of nature and the dangers of climate change through the eyes of a real-life orangutan. The film transports audiences to the lush jungles of Indonesia and follows the plight of the hero orangutan, as her forest is transformed by a devastating event. 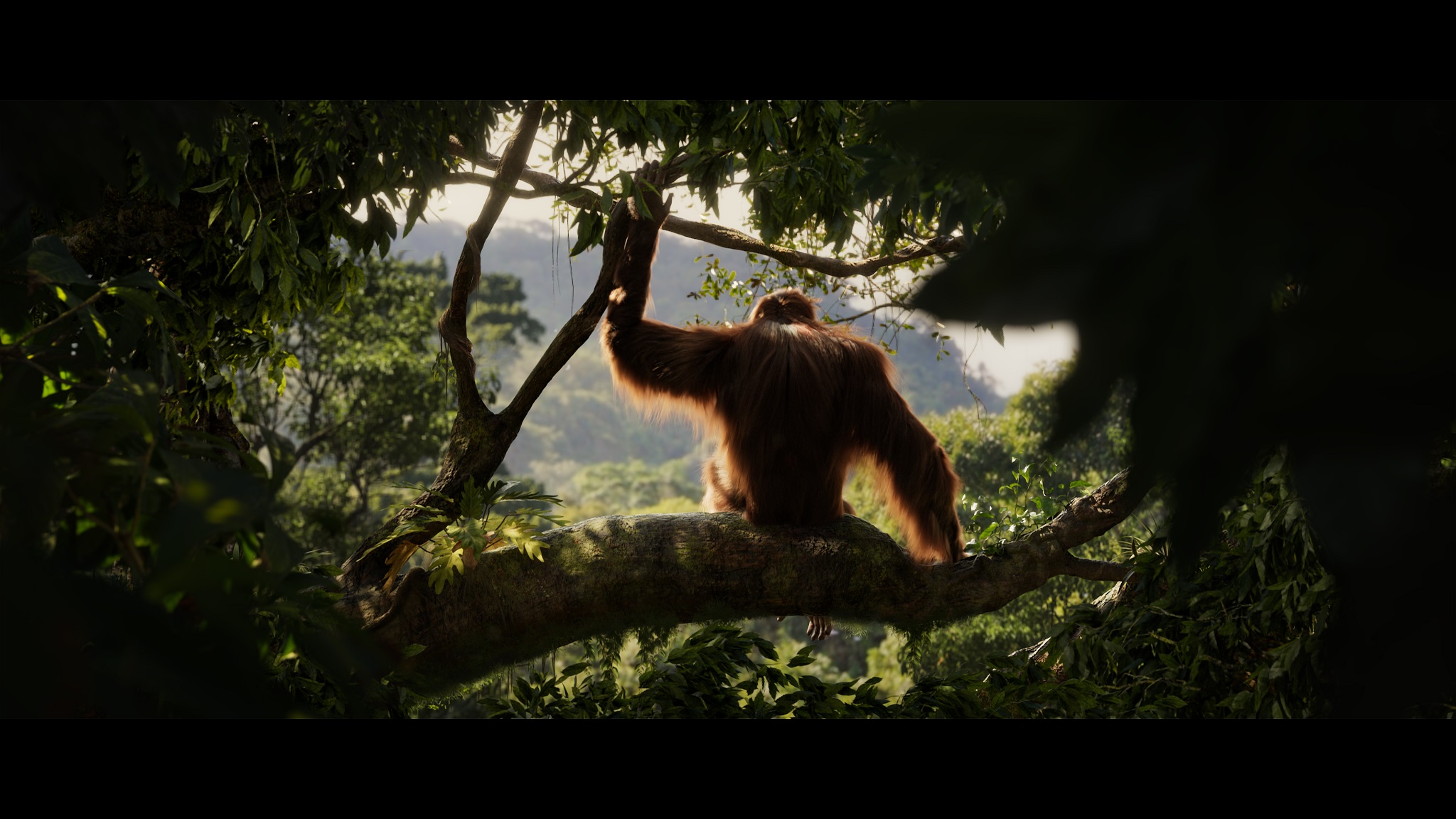 I recently connected with Camille to learn more about how she and her team captured the essence of the orangutan Green to bring the film to life. Here are highlights from our conversation.

Where did you draw inspiration for the film?

The film was conceived as a tribute to Green, an orangutan from the jungles of Indonesia, and the subject of a documentary by French filmmaker Patrick Rouxel. We were touched by the documentary and wanted to tell the backstory of Green by creating an animated short about one of the major crises of our time: the loss of biodiversity, driven by deforestation and the larger climate emergency. We strived to emulate a documentary style for the film, with photoreal visuals that immersed the viewer in the story and made them confront the reality of the crisis at hand.

Can you discuss your process for character design and animation?

Our character artist, Eloïse Thibaut, worked with orangutan references to make Green as realistic as possible. She analyzed every detail to create a 3D sculpture with lifelike texturing and photoreal fur. We considered using motion capture for the animation, but due to complexities with finding actors and managing technical aspects, we opted to animate by hand. Our animator, Theo Fratissier, worked with video references and footage he shot of an orangutan at a zoo in Paris to help capture the essence of Green, including precise details like the facial expressions. 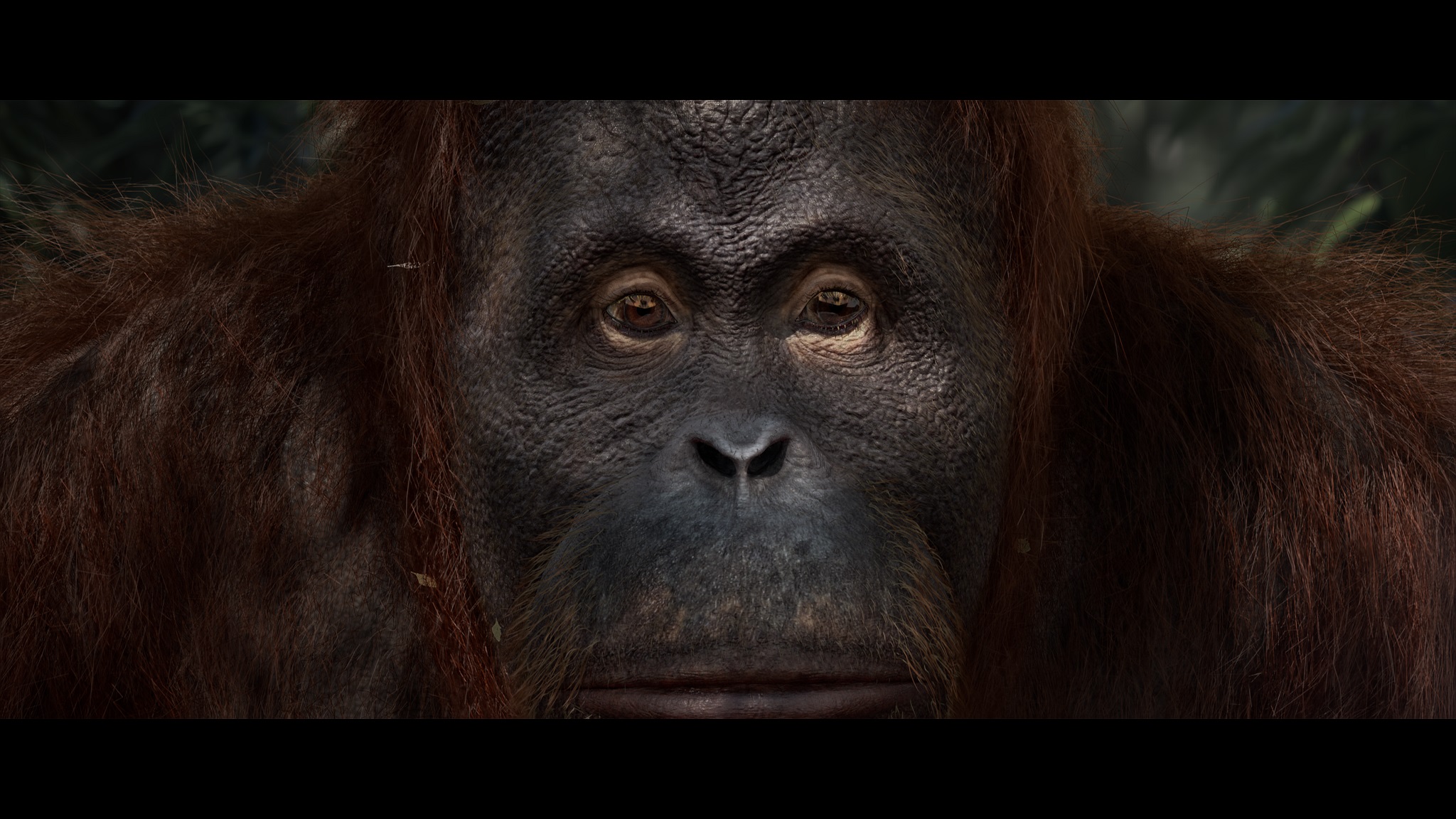 How did you create the environments?

Central to visual storytelling for the film was the use of two diverse environments to set a tone and convey an emotional message. First, we sought to idealize the lush green forest with breathtaking luminosity and vibrant colors. It was a big challenge to make it look real and dynamic to draw viewers into the world of Green, using soft lighting and warm colors to express an upbeat mood. To help bring the forest to life, we incorporated different elements, like 3D animation meshed with real footage of plants. The second half of the movie reflects a more dark and frightening tone, with grayscale colors and fire. This combined with direct eye contact from Green packs an emotional punch, making viewers reflect on what might happen next.

What creative tools did you use in your production workflow?

An array of digital content creation tools were central to our production workflow, including Maya for rigging, animation, and layout, and Arnold for rendering. We chose to render everything in Arnold because it was the best and most capable solution for handling the level of detail in Green’s skin texture and the resolution of her fur.

What were the biggest challenges you faced during production?

The biggest challenge was expressing the film’s message to make audiences contemplate climate change and its impact on animals, like Green. We achieved this by making the film as photoreal as possible by using many references for the environment, lighting, and character, and then further emphasized Green’s final look towards the camera as the film’s pinnacle moment.