The future of augmented reality (AR) and mixed reality (MR) as seen in movies like Minority Report, Star Wars and Back to the Future (to name a few) is rapidly upon us. As many of you first saw in January, Microsoft announced an amazing wearable, holographic computer called Microsoft HoloLens that allows you to overlay 2D and 3D objects in your real-world living and work space. 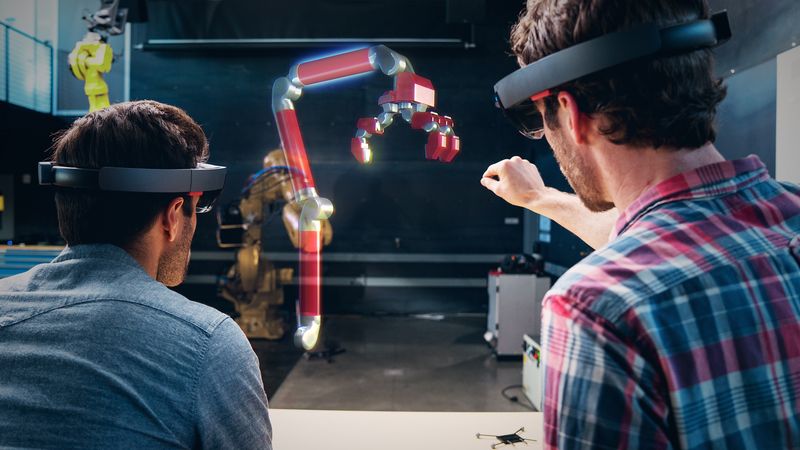 When we first saw HoloLens, we immediately sensed the possibilities for 3D engineering and industrial design. And after spending a bit of time with HoloLens, I realized how limiting it is to view 3D objects on a relatively small, flat screen rather than being able to use my entire real-world workspace for 3D design projects.

We first started working with Microsoft last year and kicked off a joint project called ‘FreeForm’ to build a proof of concept with Fusion 360 and HoloLens. The goal was to explore what could be possible for the everyday designer/engineer using HoloLens.

Working in mixed reality is far more than just putting a holographic 3D model in front of you. It changes every aspect of how you work with your data, environment, peers and customers.

To fully understand what we could do with HoloLens, we spent several months building dozens of prototypes and tested many scenarios to understand how customers could benefit most from a mixed reality environment. We explored ways to make work areas have infinite space by using walls and open areas overlaid with holographic objects. We explored how users could collaborate together by looking at the same holographic model and being able to walk around it and discuss various aspects of the design as if it were really sitting on their table. We explored the possibilities of creating and editing directly from a holographic model, as well as pitching a final design to an executive team or a customer.

We were blown away by the possibilities. All of those benefits and other variations are coming to fruition in the FreeForm project.

But one of the hardest things about this experience is trying to explain it in words or even pictures.  Unfortunately, we can’t give everyone the hands-on (or should I say “heads-on”) experience yet. But we have assembled a video that illustrates how a mechanical engineer and an industrial designer can work together in holographic space to solve various tasks in a far more collaborative way than they could without it.

For now, the joint HoloLens and Fusion 360 project is still in development. But the future of holographic computing is likely closer than we all realize. We are excited to help bring that to many of our designers and engineers in the near future.