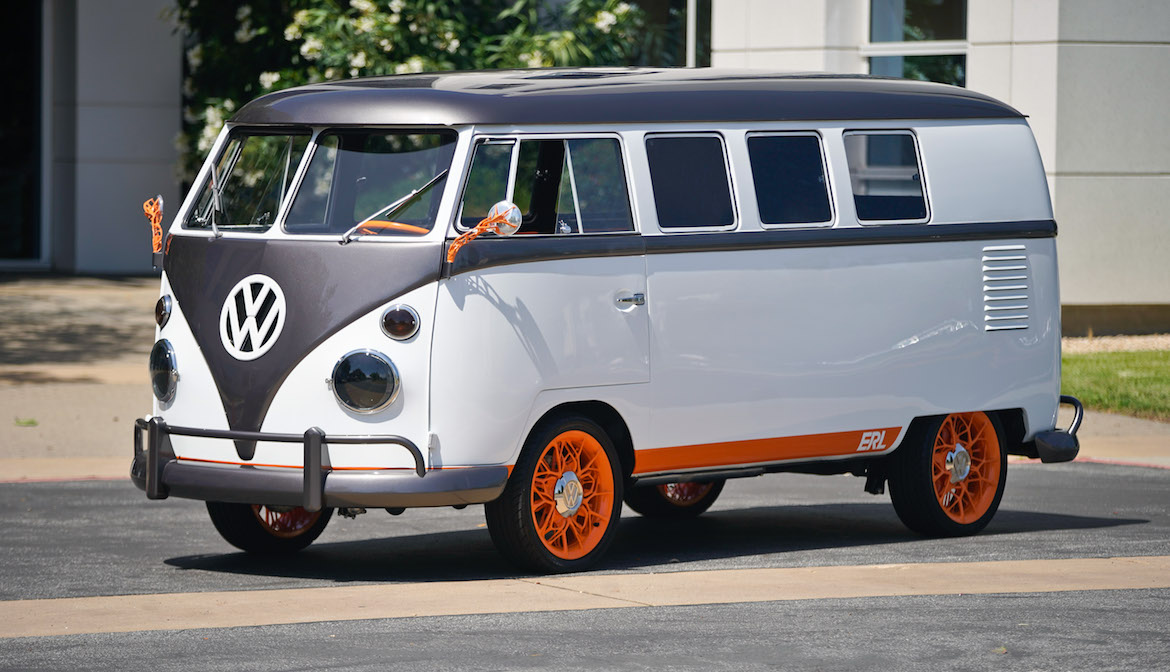 Last week, to celebrate the 20-year anniversary of its largest vehicle research facility outside of Germany, Volkswagen Group unveiled a vintage VW Bus retrofitted with some of the leading-edge technologies they feel will be significant for the future of the industry. With a focus on maximizing strength while minimizing weight, Autodesk collaborated with VW’s newly renamed Innovation and Engineering Center California (IECC) to reconceptualize several components of the electric-infused technical showcase vehicle.

“We’re combining a classic Volkswagen design with fresh ideas and innovative technologies from collaborative partners like Autodesk,” said Nikolai Reimer, executive director of IECC. “It’s an exciting opportunity to see what we can come up with and to create a cool show car as a tribute to everything we believe in.”

One of the critical aspects of designing electric vehicles is finding weight savings wherever possible because the less an automobile weighs, the less energy required to propel it down the road. And more efficient energy consumption equates to greater range per charge, one of the most important considerations for consumers when evaluating electric vehicles. 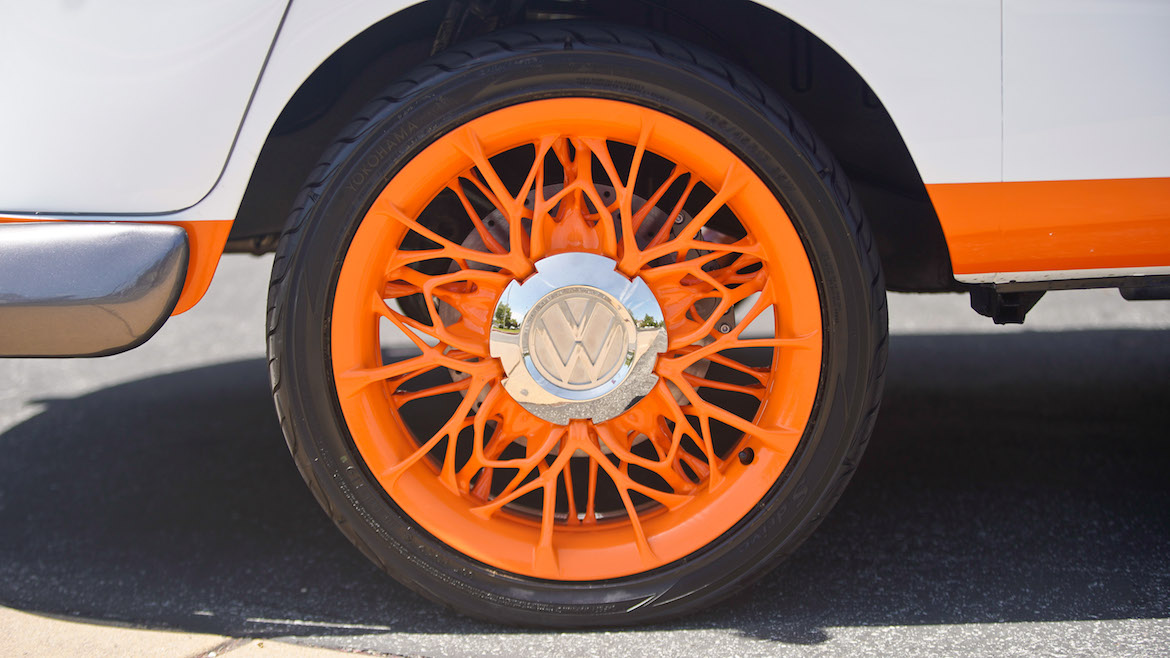 Generative design was applied to the wheels to achieve a weight savings of 18%. Credit: Volkswagen.

One of the key benefits of generative design in Fusion 360 is the ability to make lighter-weight parts, minimizing mass and material use while maintaining high performance standards and respecting engineering constraints.

The IECC team applied generative design to the wheels of its 1962 Type 2 11-window Microbus, completely rethinking the structure because lighter wheels not only reduce the overall weight of the car, they also lessen rolling resistance on the tires. The new wheels are 18 percent lighter than a standard set, and the overall development time from design to manufacture was cut from 1.5 years down to a matter of months.

“With generative design it’s possible to create structures that we, as human designers and engineers, could never have created otherwise,” said Andrew Morandi, senior product designer, Volkswagen Group. “One of the biggest surprises for me was seeing just how much material you could remove from a conventional wheel structure. When the final rims arrived here on site, it was kind of like Christmas morning. The whole team was excited to open the box and see how these really work.”

Generative design was also used on the Microbus project to re-imagine the steering wheel, as well as the support structure for the rear bench seating and the external side mirror mounts. 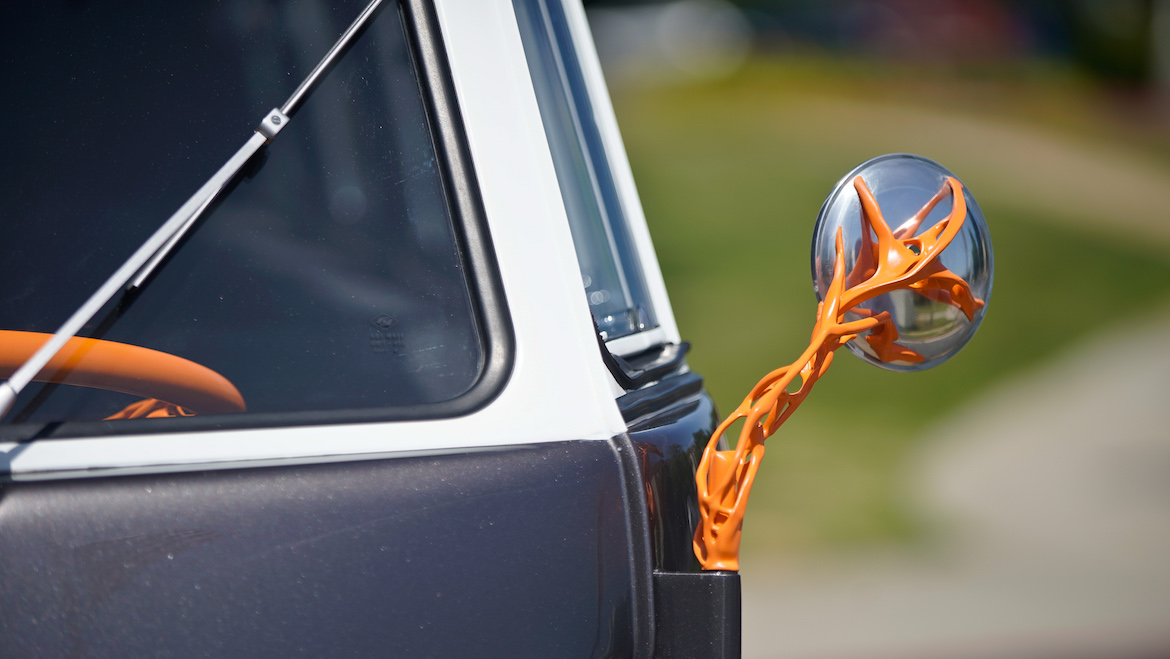 The vehicle’s external side mirror mounts were reimagined with generative design. Credit: Volkswagen. 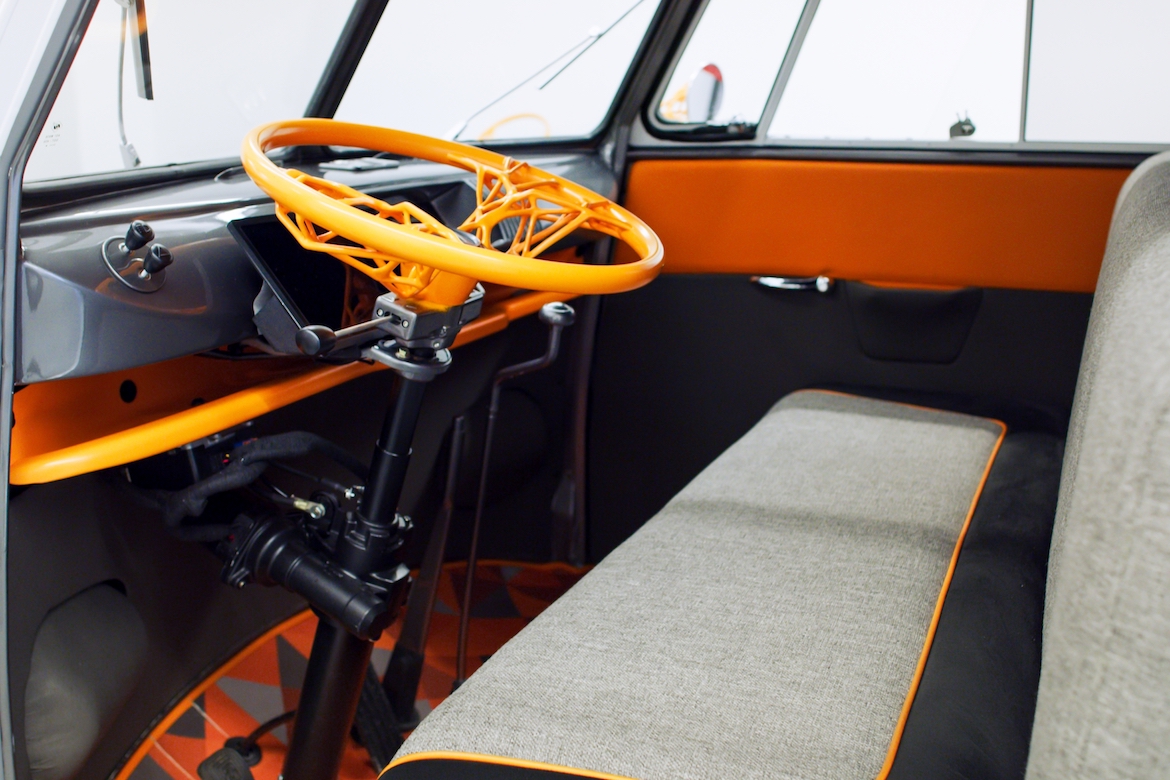 “We wanted to put a generatively designed object in a place where people will touch it because not only is it intricate and beautiful, but it can also give a sense of just how strong these parts can be.” Credit: Volkswagen.

“A steering wheel is not a particularly heavy component but it’s the primary touchpoint for the driver. People aren’t really accustomed to touching mounts or supports,” said Erik Glaser, principal product designer, Volkswagen Group. “We wanted to put a generatively designed object in a place where people will touch it because not only is it intricate and beautiful, but it can also give a sense of just how strong these parts can be.”

Beyond serving as a tool for design exploration and for making lighter, stronger parts, generative design technology creates an opportunity for faster workflows that allow designers to make better-informed design decisions. 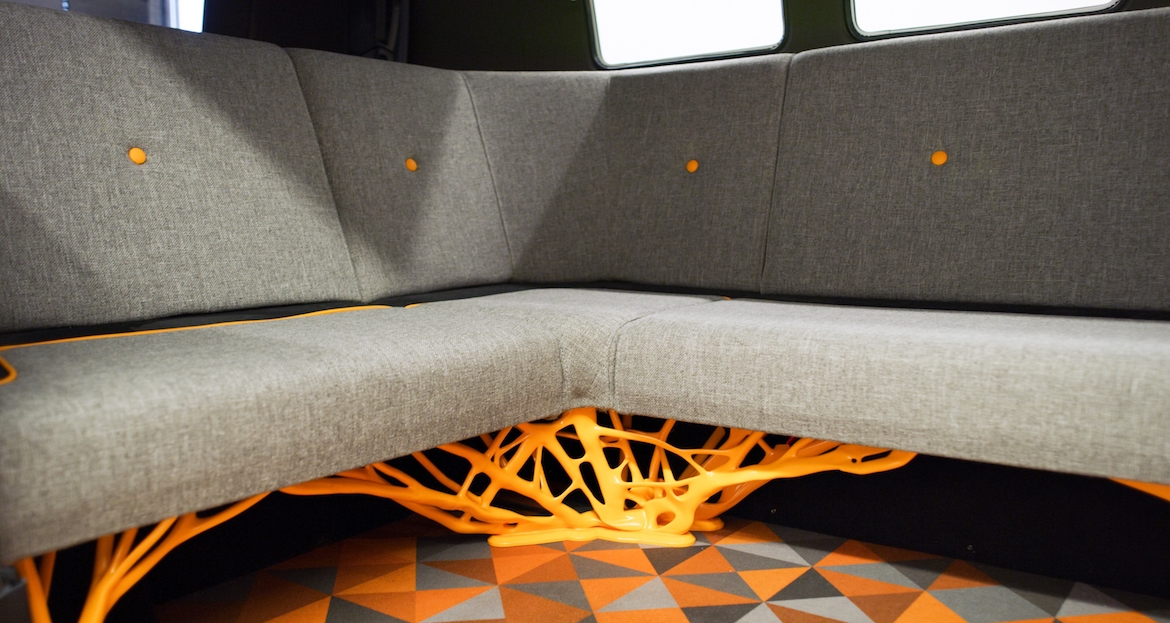 One of the key benefits of generative design is the ability to use less material while maintaining strength and performance. Credit: Volkswagen.

“I see this project as kind of dipping our toe in the water with generative design. We’re testing the temperature and showcasing what the potential could be,” said Morandi. “I’m hopeful that in maybe 10 to 15 years, we might see entire frames being generatively designed. It’s possible this could be part of a complete, fundamental change in automotive factories and how cars are manufactured.”

Last spring, General Motors used generative design in a proof-of-concept project to develop a lightweight seat bracket prototype for electric cars of the future. The technology is also proving its value for the future of space travel. In November, NASA’s Jet Propulsion Laboratory unveiled a generatively designed interplanetary lander prototype that could conceivably carry payloads more than 350 million miles from Earth.

“Today we don’t even understand to the full extent the potential of generative design. In the coming years we’ll have to figure out where human engineering combined with artificial intelligence can lead to lighter, smarter, more sustainable products,” said Reimer. “This will revolutionize not just the products we’re making but also the ways that we work.”