The final installment of a 5-week series from the new Future of Making book by Tom Wujek. Stories will be posted here on In The Fold and on Redshift. To learn more about the book, visit www.autodesk.com/future-of-making-book. 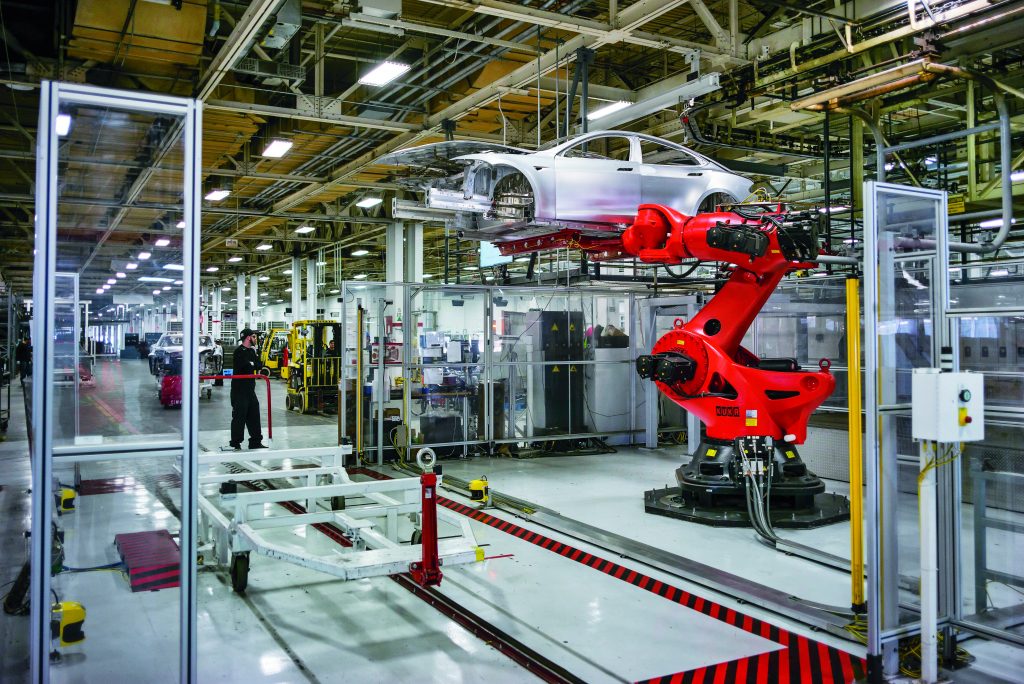 What its 1.9-million-square-foot bigger brother boasts in scale—Reno’s $5 billion “Gigafactory” will grow to 10 million square feet in the future, nearly doubling the world’s production of lithium ion batteries—this plant has in finesse, producing 400 Model S cars each week with only 3,000 human workers and 160 robots. It’s relatively slow, compared to car-a-minute plants like Ford’s, but it’s futuristically efficient. Other factory robots do one task only—and do it fast. Tesla’s are slower but smarter. One orange arm might seamlessly switch from angling seats into a roadster frame to carefully gluing front and rear windshields onto a nearly finished car body.

Cutting-edge software and light, nimble mechanics turn robots from drones into collaborators, adapting to new jobs as they follow cars and coworkers down the magnetized assembly line, from 20,000-pound coils of raw aluminum to the final painting bay. This multifunctionality allows Tesla to control almost the entire Model S manufacturing process from one central campus.