Introducing the all-new SketchBook for mobile

Introducing the all-new SketchBook for mobile

Five years ago, we released Autodesk's first mobile app – SketchBook Mobile for iOS, which received more than 1 million downloads in the first 50 days. What started out as an experiment in mobile apps ended up changing the way digital artists think, conceptualize, and iterate – making it possible to capture inspiration anywhere it strikes. 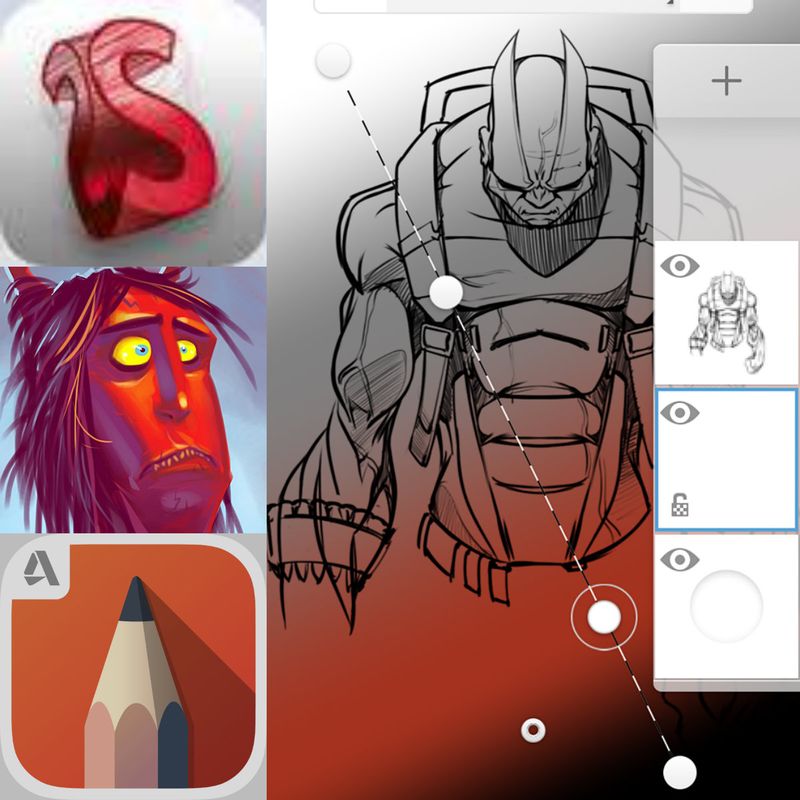 SketchBook Then & Now: Five Years of SketchBook on Mobile

SketchBook's success triggered Autodesk to bring many more apps to market that provided new ways for everyone – from student to hobbyist to professional – to be creative and productive on their mobile devices. Since then, SketchBook products have amassed more than 27 million users, been featured on Apple's press conference stage for the iPad, and in a collaboration with Oprah Magazine. The app has been used by everyone from Nike designer Tinker Hatfield to Garfield creator Jim Davis and many others.

Today, as we celebrate its five-year anniversary, we're unveiling a brand new SketchBook for iOS and Android, including Intel®-based Android mobile devices, which unites the mobile experience across all platforms, so the same SketchBook app will work on your phone and your tablet. With this consistent design philosophy guiding our efforts, we developed new tools to further enrich the digital artist's preferred mobile drawing tool kit:

Check out the video of the new SketchBook mobile below:

SketchBook is free to download and start using on the iTunes App Store and Google Play Store. Giving digital artists choice is important to the SketchBook team, so we’ve enabled in-app purchasing for those who prefer single-platform access to SketchBook. All the features described above will be available for USD $3.99 suggested retail price as an in-app purchase, and we’ll periodically release new packs for around that same price.

To give our users the freedom to capture inspiration anywhere it strikes, we’ve also enabled a new SketchBook product line membership option providing users access to Pro features on all platforms, including iOS, Android, Windows and Mac OSX. We are also enabling Intel-based mobile devices running Android for the new version of SketchBook. More detail about Pro membership is available at www.sketchbook.com/memberships.

It’s been such a thrilling experience working with all of you over the past five years to continue to provide the best digital drawing experience possible, so you can continue to create the most amazing work. What you create with SketchBook is a daily motivator for us, and it drives us to make digital art tools better and more accessible for everyone. When we see children using our apps to experience digital art for the first time, and see amazing artists like Bobby Chiu and Scott Robertson use the very same app in their production work, it proves to us that we’re on the right track – but our work is far from finished. Our commitment to this community grows stronger each year, and you can expect to see many new features, new tools, and new, innovative ways to capture individual creativity from us in the coming months and years.

We hope you’ll enjoy the new SketchBook, and we look forward to bringing you more SketchBook updates in the near future. To partake in our anniversary celebration with your artwork, please visit the SketchBook blog.

For more information, or to download the new app, please visit https://www.sketchbook.com/mobile.”